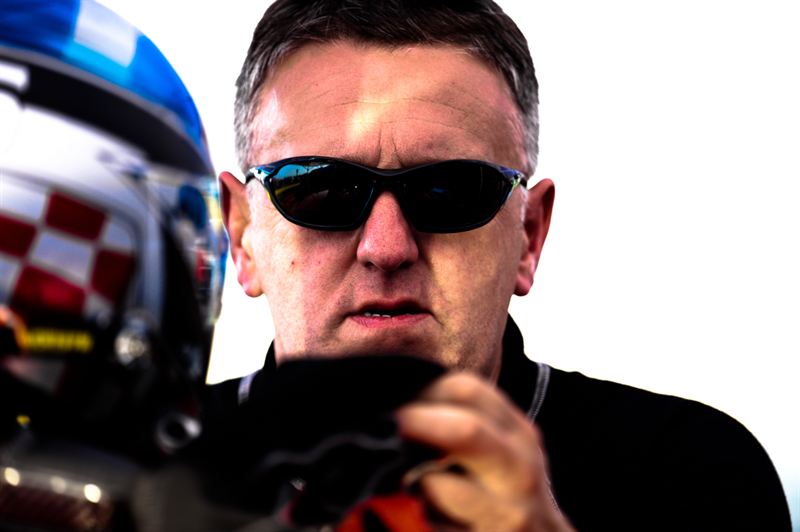 Dumfries, Scotland – Monday, July 30, 2012; Andy Scott will be swapping his Scott-Eklund Racing GRC-spec Saab 9-3 for his Tony Bardy Motorsport-prepared Ford Focus ST T16 4x4 as he returns to compete in the FIA European Rallycross Championship on August 4&5, with his sights set on taking his first series podium of the season in Belgium.

The host venue for the round seven battle, the Duivelsbergcircuit near Maasmechelen rates high amongst the Scotsman’s favourite tracks. On his ERC debut on Belgian soil last year, Scott sealed one of his best season results with an impressive fourth place finish. That first ERC podium wasn’t long in coming, with a stellar run to third at Valkenswaard, Holland, just one round later.

Scott will be aiming to emulate his 2011 form aboard the Scott-Trawlers-backed 550bhp, two litre 16v powerhouse next weekend as he makes the most of the two-month break in his Global Rallycross campaign. In addition to the Belgian event, the reigning MSA British Rallycross Vice Champion will continue his ERC commitment on to the next race in the Netherlands, in search of returning to the rostrum for a second consecutive time.

The Scott-Eklund Racing Team Principal opened his 2012 ERC account in confident fashion for round one in Great Britain, with a hat-trick of qualifying heat race wins preceding eighth place and setting the second fastest lap of the race in the Supercar Final at Lydden Hill. After that inspired drive, hopes were high for a top-three result in round two but a persistent turbo sensor issue unfortunately hampered Scott’s efforts at Dreux.

The Tony Bardy Motorsport crew immediately found the source of the problem once back at the team’s base and Scott’s Ford Focus ST returns to the ERC fold in tiptop condition, complete with technical advances developed with Scott-Eklund Racing’s valued US partners, TiAL Sport.

Having proved his potential with such strong performances at home and abroad, both in the United States and wider Europe, Scott is ready to bounce back from his frustration in France with nothing less than another ERC podium.

The action at the Duivelsbergcircuit starts on Saturday, August 4, with free practice at 10.45 (local time) followed by timed sessions from 14.15 and the first heats at 16.20. Sunday will host the remaining two heats from 10.00 with the all-important finals starting at 15.00.

“With the break in Scott-Eklund Racing’s American campaign, I return to the FIA European Rallycross Championship with great enthusiasm, confident of delivering a big result in Belgium. Tony Bardy Motorsport has worked very hard on the car. The guys quickly found and resolved the problem we had in Dreux, while thanks to Scott-Eklund Racing’s on-going partnership with TiAL Sport we bring back some encouraging technical innovations from the US.

“I’m very confident that we head to Belgium with a competitive package. I want a step on the podium, that’s for sure, and I’ll be disappointed if I don’t achieve that. Depending on how things go, we might also contest what’s billed as the biggest European race, at Lohéac (France) in September.”