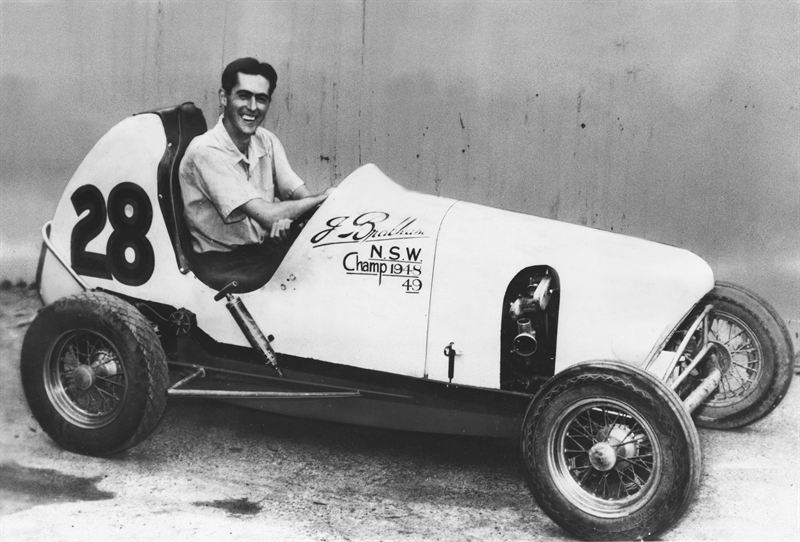 Banbury, Oxfordshire (UK) – Friday 17 January 2014: The Brabham family today unveiled the first ever official website in the family’s 60 years of racing heritage, www.brabham.co.uk. The stunning Brabham – A Racing Dynasty – online portal charts the outstanding achievements of all three generations of drivers and 30 years as an iconic Formula 1 team, serving as a startling reminder of the family’s contribution to global motorsport.

The website is the brainchild of Sir Jack’s youngest son, Le Mans 24 Hours victor and double ALMS Champion David, following his successful fight to win-back the Brabham trademark in late 2012 after a seven-year legal battle in Germany.

The return of the trademark to the family’s rightful ownership has allowed David to finally progress with confidence planning for the future of the Brabham brand. The launch of www.brabham.co.uk is just the first step in bringing that strategy to fruition.

The site covers everything from the latest news to individual family member profiles and succinct history of the racing legacy built by triple Formula 1 World Champion Sir Jack and continued by sons Geoff, Gary and David, and grandsons Matthew and Sam.

It also presents David’s successful Brabham Performance Clinic, which helped create the MSA’s young driver development and education programme and has coached a host of leading British talent up to the ranks of F1.

The site features 50 images from LAT Photographic’s enormous offline archive, the majority of which are either previously unseen gems or pictures that have not been published for some considerable time from the World’s largest motoring and motorsport photographic collection.

The website will continue to evolve in the coming months, so keep checking back to get all the latest Brabham news from the only official online source.

David Brabham: “It’s fantastic for all of the family to finally launch our first ever official website, but I am especially proud to see the stunning results after a year spent developing the project and reinstating the Brabham brand.

“It takes even me aback to see the wins and championship titles we have all amassed and cars we have driven across six decades and 30 years in F1, which is as good as any in racing history.

“Winning the trademark legal battle has enabled us to set the scene for what I believe is an exciting future for the Brabham brand. The first building block is this online presence; it’s strategically vital to building a solid foundation for the future. But that could only happen after we established a Brand Bible to maintain consistency of the brand, its core values and who we are.

“I think we’ve created something special and this first phase launch is only the start of it; the site will continue to evolve inline with the return of the Brabham brand.”

Sir Jack Brabham: “The launch of the first official family website is a special moment for us all. The Brabham name is steeped in heritage and success and to see that represented online for the first time is very exciting. The impressive brand that David is re-building will take the Brabham name into the future, and protect my grandsons for their future success. It makes me extremely proud of what we have accomplished as a family so far.”