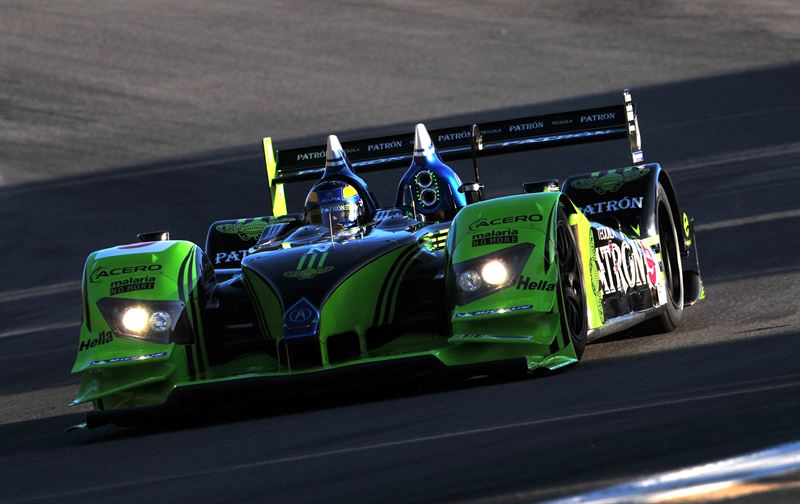 London, UK – Monday 4 March, 2013; David Brabham’s recent signing with Extreme Speed Motorsports (ESM) for the Mobil 1 Twelve Hours of Sebring and Petit Le Mans powered by Mazda puts the sportscar legend on course for a unique racing programme in 2013, in which he hopes to tackle the major sportscar and V8 Supercar events across the globe.

Through his illustrious 20-year sportscar career, Brabham already boasts titles from five of those seven flagship events, with wins only required at Sandown and on the Gold Coast to complete the impressive set.

Returning to his LMP2 roots in the Tequila Patrón Honda Performance Development (HPD) ARX-03b at Sebring this month, Brabham will be reunited with old teammate Scott Sharp for the first time since they took the American Le Mans Series LMP1 title with Patrón Highcroft Racing in 2009.

The most successful Honda/HPD combination in ALMS history, the duo also recorded three outright pole positions and seven podiums, including four race wins, in the Patrón Highcroft Acura ARX-01b, narrowly missing out on the LMP2 title in 2008.

Back-to-back ALMS Champion in 2009 and 2010, Brabham can also lay claim to 24 wins, 60 class podiums and 13 pole positions in 101 race starts since 1999. He remains the only driver to boast pole positions and race wins across the LMP1, LMP2, GT1 and GT2 Series categories.

Brabham joins ESM on its ALMS P2 debut following the team’s best season so far in 2012, with owner/driver Sharp and Johannes van Overbeek finishing second in the GT title fight. Guy Cosmo will complete the highly competitive No. 01 Tequila Patrón HPD driver line-up for the 61st Mobil 1 Twelve Hours of Sebring Fueled by Fresh From Florida on March 11-16.

“It feels great to be heading back to the US to race with old friends, my former teammate Scott Sharp and Tequila Patrón, in the exciting new environment of Extreme Speed Motorsports”, said Brabham.

“Scott and I enjoyed a lot of success racing together, we were the most successful Honda/HPD combination in the American Le Mans Series. I’m really looking forward to racing with him again. ESM has achieved a great deal in its short history, as last year’s GT success proved. Although the move up to P2 is a challenging one, I have every confidence in the team to succeed.

“With Sebring and Petit Le Mans already booked on my 2013 calendar, I’d love to do what I consider to be the blue ribbon sportscar and touring car races this season. I’m hoping to come up with a few deals that will enable me to do just that, but in the meantime I’m aiming to get my season off to a good start at Sebring.”