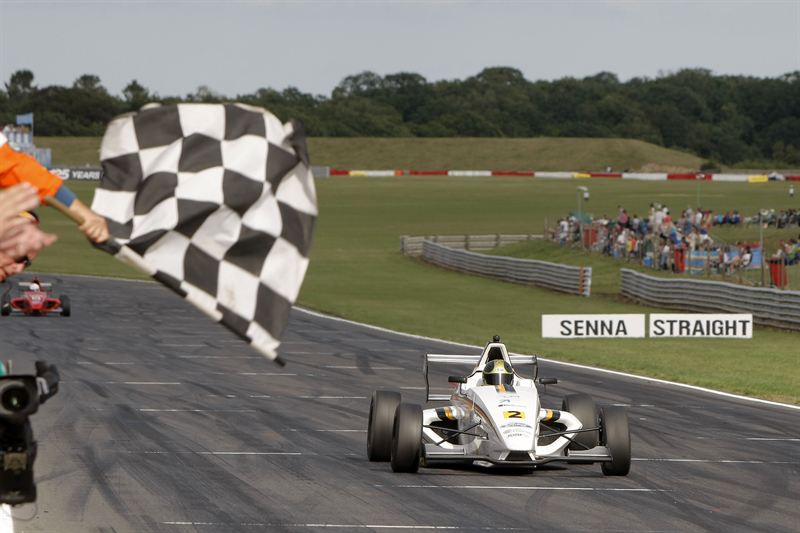 The 18 year-old opened the triple-header race weekend with one of his strongest and most consistent qualifying performances yet, clocking in fourth for all three rounds at the Norfolk circuit. But, forced to record his first non-finishes of his single-seater career, Brabham was denied the chance to challenge for another string of podium finishes.

His round 16 hopes were cut short when, despite a lightning start to place him in the fight for second, a slipping clutch led to retirement on lap six. Then, in race two, the JTR racer was robbed of a comfortable Scholarship lead, and third overall, when a water hose clip failed causing the engine to overheat on lap four.

A fantastic effort from the JTR crew to replace the engine ensured Brabham was back on the grid for the final Formula Ford battle of the weekend. A solid start helped to retain fourth off the line but Brabham was soon wheel-to-wheel with Nico Maranzana, the Jamun Racing driver diving through at Agostini.

Brabham bided his time and when Jayde Kruger and Maranzana both ran wide at Riches on lap three, due to oil dropped by a retired Connor Mills, the third generation driver nipped through to third and continued a faultless drive to the chequered flag.

Brabham commented: “We haven’t had a single mechanical glitch in 13 or so races, and in the end it came down to some debris in the clutch and a broken hose clip. But these things happen in racing and you can’t dwell on it. JTR did an awesome job of replacing the engine in under four hours and the car ran perfectly.

“That aside, we’ve had a pretty strong weekend even if we don’t have the results to prove it. To take three fourth places in qualifying with some experienced guys ahead of us gave me a fantastic boost, and we carried that consistent pace throughout the weekend. Knockhill is up next and I know I can carry that pace forward to hopefully take another run of podium results.”