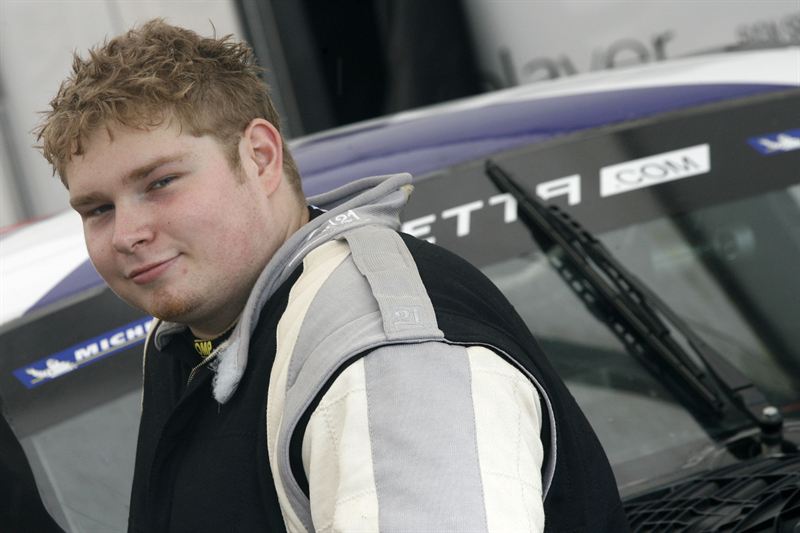 Oxford (UK) – Friday, June 15, 2012; Croft circuit is next on Fergus Walkinshaw’s agenda as he heads to North Yorkshire hunting for a trouble-free race weekend to secure vital championship points on his way back up the Michelin Ginetta GT Supercup title table.

After a six-week racing break, Walkinshaw resumed his championship campaign at Oulton Park on June 9-10, notching-up two eighth place finishes and valuable points to cement eighth in the championship standings.

His race weekend, however, once again did not run smoothly. A faulty oil pressure sensor which caused intermittent power loss from the second lap of the first race ruined his round 10 advances, dropping him from seventh to 10th place. Round 11 didn’t go much better, with a drive-through penalty given for being misaligned on the grid demolishing his chance of securing what should have been a top six finish.

Regardless, Walkinshaw’s perseverance and determination to overcome every hurdle thrown his way this season has ensured eight top eight finishes so far, including his first Ginetta GT podium scored at Brands Hatch and four top six results, with Century Motorsport.

Putting the latest challenges firmly behind him, the 21 year-old is ready to head north once again to resume his championship charge on his Ginetta G55 debut at the challenging North Yorkshire track.

“I’m really looking forward to racing my self-built Ginetta G55 at Croft for the first time. I enjoyed racing there in my Ginetta Junior days, but that was over three years ago, so it will be good to get to grips with the 2012 car in practice next Friday.

“I was relieved to get two points-scoring results at Oulton Park, but once again things could have gone more smoothly. I always push myself to do better at every round but luck hasn’t really been on my side. We’ll be doing all we can to ensure we get a trouble-free run at Croft.

“The championship fight is fairly close in the mid top 10, so I just need to get back to top five finishes to climb back up the table. At Croft it will be important to get a clean first lap, especially through the first chicane, and with a short 10 lap race for round 12 getting a good start will be key.

“The car felt much better at Oulton Park with the new differential and I’ve got a feeling that the new set-up will really suit the car and my driving style at Croft.”

Once again supporting the British Touring Car Championship, the Michelin Ginetta GT Supercup action kicks off at Croft with official practice held throughout Friday, June 22. Walkinshaw will then tackle qualifying at 11.20 on Saturday, followed by a 10-lap race for round 12 at 15.45. Sunday’s double-header 15-lap races start at 12.45 and 15.55, with live timing available via www.ginetta.com/live