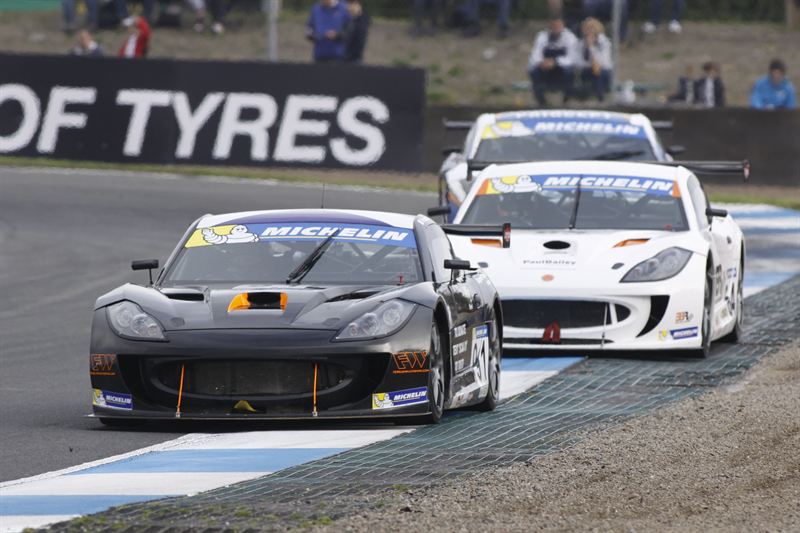 Oxford, UK – Friday 6 September 2013; Fergus Walkinshaw leads FW Motorsport onto the next Michelin Ginetta GT Supercup rounds at Rockingham, near Corby, on 14-15 September, aiming for a repeat of the team’s recent impressive top-six form as the series heads into the final three events of the season.

Based near Chipping Norton, FW Motorsport bounced back with a rebuilt 3.7-litre V6 engine aboard its Ginetta G55 for Walkinshaw’s homeland Knockhill event in Scotland last month. A blistering recovery drive from the back of the grid to net a seventh place finish followed by a return to the top six topped off one of the team’s best race weekends of its debut season.

Team owner/driver, Walkinshaw has already topped his best 2012 qualifying time in recent testing at the 1.94-mile circuit, while running in the rebuilt engine last month. The 22 year old will continue the team’s development program next week ahead of the official TOCA test on Friday and FW Motorsport’s Rockingham event debut.

Motorsport Advocate for the Association of Air Ambulances, Walkinshaw has also been busy joining a host of celebrity and sporting Patrons in a YouTube video montage in support of the forthcoming National Air Ambulance Week (NAAW), 23-29 September. Launched earlier this week, the video can be viewed and shared here.

Walkinshaw will continue to sport the message ‘Support Your Local Air Ambulance’ on his 370bhp sportscar throughout the forthcoming Rockingham and Silverstone rounds while raising support for NAAW 2013.

He commented: “We head to Rockingham off the back of one of the team’s best performances at Knockhill, and those results have given us a new wave of confidence heading into the final three events of the season.

“Of course, it’s been a tireless process to develop the car from scratch as a completely new team and after more than our fair share of misfortune it feels like things are starting to go our way. I’ve already managed to improve my personal best lap time around Rockingham and with some additional testing next week we should hopefully be in the running for some more top finishes.”

Qualifying at 11.30 on Saturday 14 September opens the Michelin Ginetta GT Supercup action at Rockingham, followed by the first of two 18-lap feature races at 15.00. The double-header GT Supercup weekend then concludes with race two at 15.22 on Sunday, broadcast live on ITV4 as part of the British Touring Car Championship package.