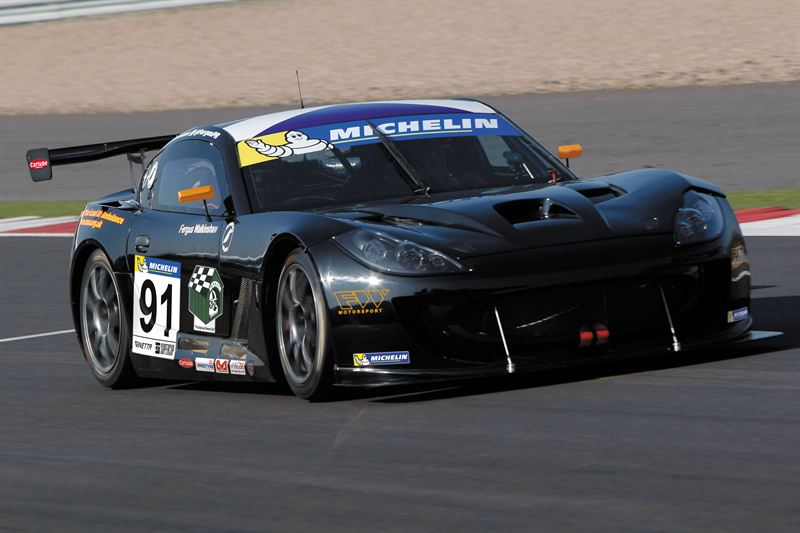 FW Motorsport may be the newest team in the Ginetta GT Supercup paddock, but the four-strong outfit led by Team Manager Mark Thompson, who boasts 25 years of experience from grassroots motorsport to the FIA World Rally Championship, has put in months of hard work and planning to get to Brands Hatch.

Walkinshaw heads into his first season flying under the FW Motorsport banner well equipped with a completely rebuilt Ginetta G55, which has already shown the benefit of months of development work. With a personal best lap time set on the Silverstone National circuit and 75 laps of clear running at the official Ginetta Media Day, the 21 year-old is already confident of the car’s capabilities.

Since his full time return to the GT Supercup last year, Walkinshaw has more than proved his championship potential - a second round, third place podium on the Brands Hatch Indy circuit preceding seven top six performances amid 20 top 10 finishes.

Armed with his own outfit for 2013, the Oxfordshire team owner/driver plans a repeat of his 2012 podium form around the 1.2-mile Kent circuit, to open FW Motorsport’s inaugural season in style over the Easter weekend.

The foundation of FW Motorsport in January 2013 is part of Walkinshaw’s long-term plan to own, run and race in his own international sportscar team. As well as being an accomplished driver, the son of the late motorsport icon and team owner, Tom Walkinshaw, is a talented automotive engineer in his own right. Currently undertaking his Oxford Brookes University Automotive Engineering year-out in industry at Ginetta HQ in Leeds, he was the only driver on the 2011 Ginetta GT Supercup grid to single-handedly build his own car.

Continuing his role as the first Association of Air Ambulances Motorsport Advocate, with the full backing of FW Motorsport, Walkinshaw will continue to help drive awareness and funds to local air ambulance charities nationwide, which cannot operate without public support.

Walkinshaw commented: "Brands Hatch will be a pretty historic event for me, as I open the 2013 season armed with my own team, FW Motorsport. We might be the newest team in the Ginetta GT Supercup paddock, but we head to Brands Hatch after months of hard work and planning. We’ve got a great team of guys and there’s already a really positive vibe driving the team.

“We've stripped and rebuilt my Ginetta G55 from the ground up and it already feels like a completely different car. We showed great pace in our pre-season tests and we know the car is strong around the Indy circuit. I scored my first GT Supercup podium in round two here last year and, although we need to settle into the team's first race weekend, I would love to be aiming for a return to the rostrum. More than anything, I'm just looking forward to seeing everything come together."

The track action begins with qualifying at 09.00 on Saturday 30 March, followed by round one at 14.15 and the first of the weekend’s two 24-lap feature races at 16.25. The third Ginetta GT Supercup showdown, again staged over 24 laps, goes green at 16.15 on Sunday, aired live on ITV4 with live timing available at www.ginetta.com/live