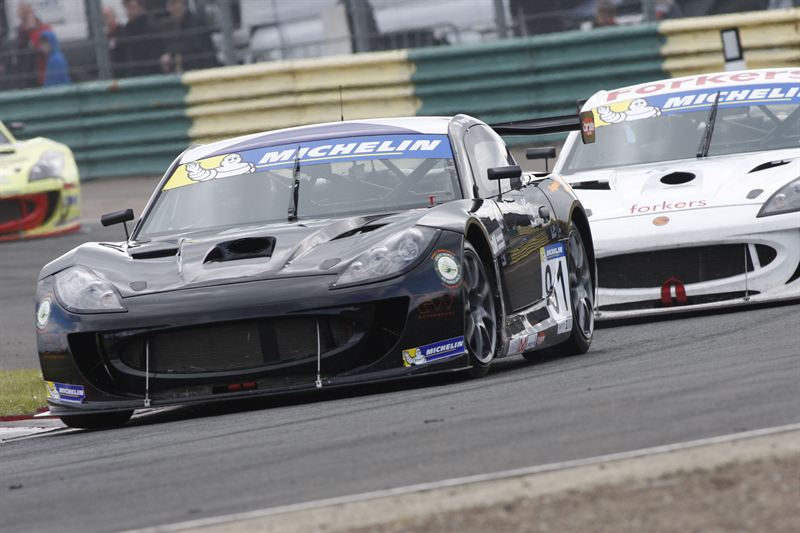 Oxford, UK – Friday 26 July 2013; FW Motorsport is ready to resume its maiden Michelin Ginetta GT Supercup campaign as the British Touring Car Championship package gets back on track at Snetterton in Norfolk, on 3-4 August, after the lengthy summer break.

Led by team owner/driver and Scotsman Fergus Walkinshaw, the fledgling team can be proud of what its achieved in the opening half of FW Motorsport’s first ever season of competition. The Chipping Norton-based outfit has already made its mark with Walkinshaw taking a dominant pole position at Thruxton and top five finish at Brands Hatch, plus eight top 10 results amid a bumper 2013 field.

FW Motorsport encountered a character building race weekend last time out at Croft, North Yorkshire, in June. Although 22 year-old Walkinshaw salvaged three vital points-paying finishes, a brush with the tyre bale mid-battle in race one followed by a forced pit to fix a loose bonnet in race two, and then a heavy rear impact in race three hampered his race weekend.

Despite that disappointment Walkinshaw still retains 10th in the title standings and lies just seven points adrift of regaining ninth spot heading into the final five events of the season.

The six week break between the Croft and Snetterton rounds has allowed the FW Motorsport crew to completely rebuild the rear of the car and conduct a full strip-down and refresh of the 3.7-litre V6 Ginetta G55, while Walkinshaw has continued the team’s testing programme at Snetterton and Brands Hatch this week.

With positive development gains evident from those two days of testing, Walkinshaw is encouraged by the team’s improving performance. The Oxford Brookes University Automotive Engineering student is ready to dig deep and climb back up the title table at Snetterton, and get the second half of the season off to a flying start.

Walkinshaw commented; “FW Motorsport has been busy throughout the summer break going through the car bumper to bumper. As a new team, we’ve started this season from scratch and we’ve been working hard at developing the car.

“The two days of testing proved really productive this week. It gave us the first opportunity to really cycle through various different set-ups to improve the handling. We particularly worked on spring combinations at Snetterton, and those changes really came to the fore testing at Brands Hatch. I’m very happy with the car and now I’m just looking forward to getting back into the championship battle at Snetterton.”

Following the official TOCA test at Snetterton on Friday 2 August, FW Motorsport will launch its qualifying attack at 10.50 on Saturday, followed by round 15 at 16.05. Michelin Ginetta GT Supercup action will resume on Sunday with two further 12-lap races at 09.05 and 15.20.