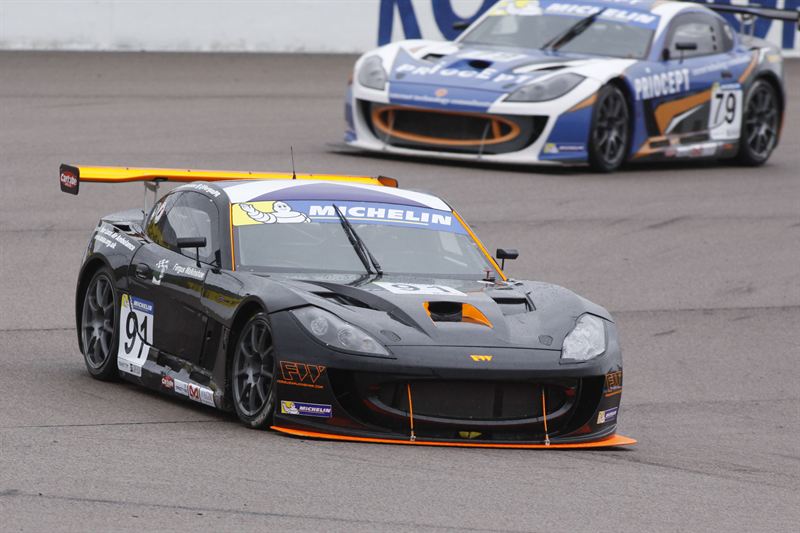 Launched in January 2013, FW Motorsport was founded by Fergus Walkinshaw – son of the late title-winning BTCC driver and team boss, Tom – as part of his long term plan to own, manage and race in his own international sportscar team. For Walkinshaw, FW Motorsport’s home circuit race debut at the Northamptonshire track is another significant milestone in the team’s young history.

Despite encountering an expected steep learning curve in its first season of competition within the highly competitive Ginetta GT Supercup, the team has achieved some notable success with Walkinshaw at the wheel. Opening the season with a top five result in the first rounds at Brands Hatch, FW Motorsport has also notched up its first team pole position and a string of top seven results so far.

The 22 year-old, who is about to start his third year studying Automotive Engineering at Oxford Brookes University, will be putting FW Motorsport’s 370bhp Ginetta G55 through its paces around the 1.6-mile National circuit in testing next week. With a seventh place finish at Silverstone already to his credit, Walkinshaw will be aiming to commemorate the team’s first home event by improving upon that thrilling 2012 performance.

Walkinshaw commented; “Racing at my home circuit in my own team is a moment I’ve looked forward to for some time. Everyone in the team has worked so hard to get to this point in the season and we all just want to put on a good show and enjoy the weekend.

“We showed some good pace last time out at Rockingham and we’re getting closer to achieving consistent top six results. Although Silverstone is our home circuit, we will test there for the first time next week and hopefully get the car dialed in to get some good results for our local supporters.”

Part of the British Touring Car Championship weekend at Silverstone, qualifying for the Michelin Ginetta GT Supercup takes place at 11.45 on Saturday 28 September. The penultimate rounds of the 2013 championship battles will then unfold in two 24-lap races at 16.55 on Saturday and 12.35 on Sunday. Race fans can also tune into live coverage on ITV4.