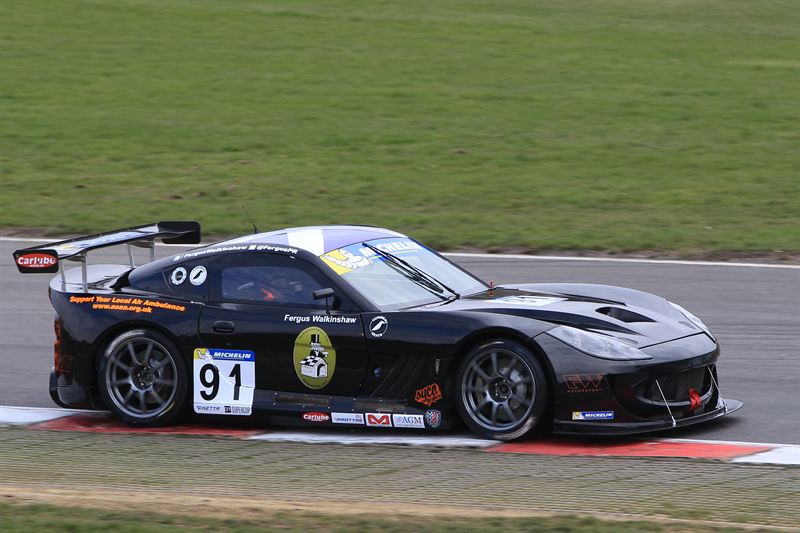 The fledgling Chipping Norton-based outfit underlined its championship potential with an encouraging race debut performance in the opening season rounds at Brands Hatch, Kent, over the Easter weekend.

Despite suffering fuel pump failure through qualifying and round one, thanks to swift work from the FW Motorsport crew, and a storming drive from 11th on the grid, Walkinshaw notched-up the team’s first top five finish in round three.

With 12th and 11th place results also salvaged amid the pump issue and snow showers, the recently turned 22 year-old lies ninth in the first title standings of the season. But with just 20 points, the equivalent of another fifth place finish, separating Walkinshaw from fourth spot and 24 rounds left to run, FW Motorsport’s maiden season title fight has only just begun.

Leading the team in only its second ever race weekend at Donington Park, Walkinshaw heads to the Leicestershire circuit with his 2012 fifth place round three finish fresh in mind. The Oxford Brookes University Automotive Engineering student, currently undertaking his year in industry at Ginetta Cars, will be aiming to add three more solid finishes to the team’s debut season tally this weekend.

Walkinshaw commented: “FW Motorsport had a positive first showing at Brands Hatch. It was a shame we had the issue with the fuel pump, as that lost us vital track time and results, but the guys did a great job to identify and solve the problem in record time.

“We’ve had a solid test at Thruxton since, ranking fourth, but I know there’s still more to come from me, the team and the car and we’ll continue our development programme running up to Donington Park.

“It was fantastic to see that we have such a promising and competitive field in the GT Supercup this year, it’s great for the championship and the spectators. I’m really pleased with how the team is developing so far, now it’s all about building consistency and hopefully delivering more strong results at Donington Park.”

The Michelin Ginetta GT Supercup action starts at Donington Park with the 20-minute qualifying session taking place at 12.00 on Saturday 20 April, followed by the first race of the weekend at 16.25. Two further 16-lap showdowns are scheduled at 10.45 and 16.22 on Sunday, the latter of which will be shown live on ITV4 with live timing available at www.ginetta.com/live. All timings are provisional and subject to change.