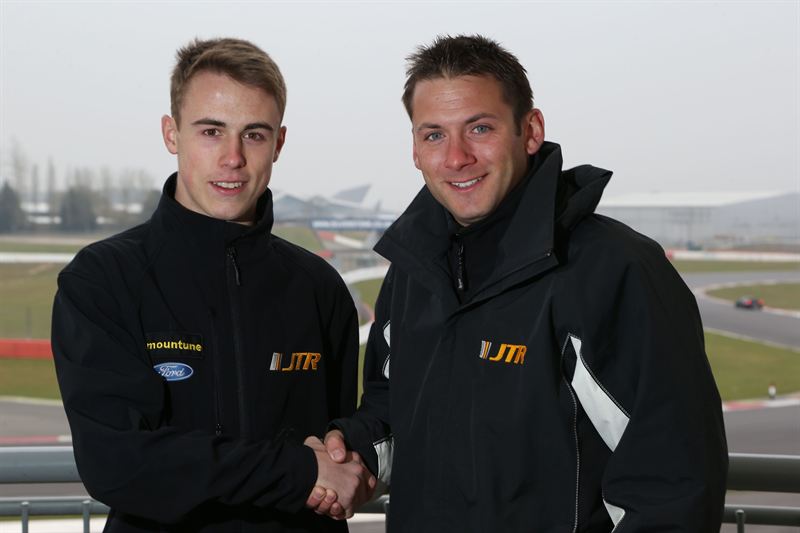 London, UK – Thursday 28 March, 2013; Sam Brabham is set to graduate to single-seaters from the senior karting ranks following his signing with JTR to contest the 2013 Dunlop MSA Formula Ford Championship. The 18 year-old third generation Brabham will join the 2012 championship-winning team for his race debut at Donington Park next month.

Brabham moves up to Formula Ford off the back of an intensive learning curve, impressively working his way through junior and senior karting categories over the last five years. Starting with arrive-and-drive podium form and impressive Mini Max club level results, he quickly underlined his top 10 potential on his 2011 Formula Kart Stars Junior Max debut, and proved more than a match against vastly experienced drivers across select British and European Senior Rotax Max events in 2012.

With another steep learning curve ahead adapting to the new EcoBoost-powered Mygale while learning the UK’s top racing circuits, Brabham couldn’t be in better company at JTR as he joins its three-car championship title defence alongside Camren Kaminsky and Dan Cammish.

Following his father into Formula Ford 28 years after David took his first single-seater victory in Australia, Brabham will make his switch to cars aboard the world’s most technically advanced junior single-seater cars. With the introduction of a turbocharged 1.6-litre engine and aerodynamic front and rear wings, the new high-tech EcoBoost 200 sees one of the biggest technical leaps in the championship’s 46-year history.

“It’s a fantastic feeling to be signed with one of the top and most experienced UK Formula Ford teams, reigning champions JTR. I couldn’t think of a better place to confirm the deal than the home of British Motorsport; Silverstone is another historic track for the Brabham family, as my grandfather, dad and uncles have all enjoyed success here.

Graduating to single-seaters will be my biggest challenge yet, so it’s important for me to be working with a strong team alongside experienced teammates. I may have only been racing a few years, but the intensive learning curve I’ve encountered will only help me to quickly adapt, get to grips with the EcoBoost-powered JTR Mygale and learn all the top UK circuits.

I move up to Formula Ford with the valued backing of long-term partners and three fantastic new sponsors. It’s great to have such great companies not only supporting my next career move, but also what the family is doing to reinforce the Brabham brand for the third generation.

It’s been a long process of finding all the right ingredients for this season, but everything is finally coming together and I’m just looking forward to starting our testing programme ahead of my race debut at Donington Park next month.”

“It’s great news for Sam to be stepping-up from karts to the Dunlop MSA Formula Ford Championship, driving with a team like JTR. It’s a bit of a historical moment for the family as another third generation driver progresses through the sport. Matthew already has his career well underway and to now have Sam doing the same thing means it’s an exciting time for all the family.

We’ve been very fortunate to attract sponsorship from a fantastic portfolio of companies to help further Sam’s career. The deal came together quite late, and if there’s one thing we know in racing it’s that you have to prepare well, so it’s entirely the right decision for Sam to make his single-seater debut at Donington Park.

This is a two-year programme for Sam and 2013 will be all about learning about single-seaters and the circuits. We know that Sam is certainly in good hands at JTR and we’re looking forward to a great first Formula Ford season as the Brabham racing dynasty moves into another new era.”

“We’re extremely excited to be welcoming Sam into our team for 2013. He has limited race experience in his career so far, however being part of the Brabham family means he’s been in and around motor racing his entire life and he obviously has a great deal of knowledge and experience very close by to help and guide him. JTR will also be using all of our years of training and race winning expertise to fast track his learning curve as much as possible and I know the partnership will work very well.

We’ve taken what was absolutely the right decision to start his season from Donington Park onwards, it will give us all a bit more time to prepare Sam for his car racing debut and that should pay off over the course of the year.

Sam will have some great tools within JTR to work with, not least his teammates Dan and Camren who he will be able to learn a lot from very quickly. It’s good for us to have three guys who are very clearly focused on a successful motor racing career and that will push them all along to the next level.”