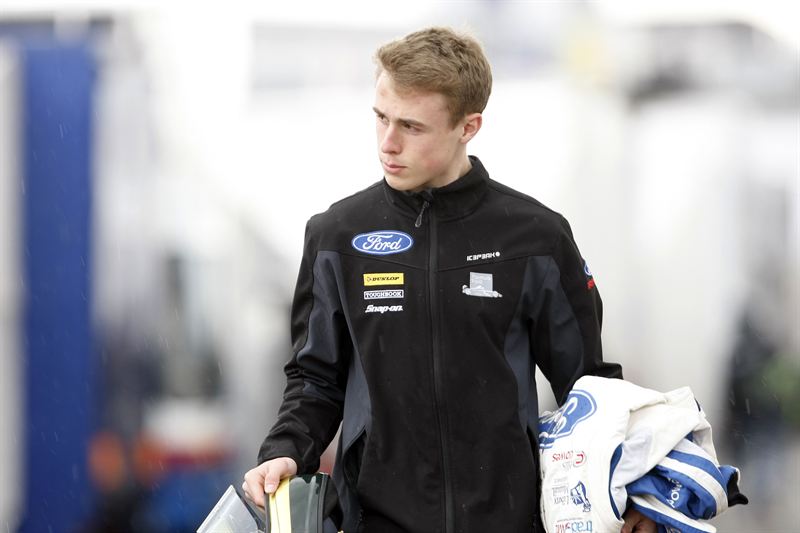 The Banbury domiciled University of Northampton undergraduate heads into his second season with the Bedford-based JTR outfit after ranking Scholarship runner-up and fourth overall, despite missing the opening rounds of his debut Formula Ford campaign last year.

Brabham has since been selected for the BRDC Rising Stars programme, joined the MSA Academy and earned international top 10 status in the MRF challenge, with a best result of fifth in Bahrain.

The inclement weather has somewhat hampered testing efforts so far this year, yet Brabham recently gave a glimpse of his current form at Thruxton where he topped the unofficial timesheets by over four tenths of a second. He will undergo his second JTR team test on 4 March at Brands Hatch, ahead of the first season rounds at the premier Kent circuit on 29/30 March.

Sam Brabham: “It feels really good to be back with JTR this season. We had a brilliant first year and together we achieved results I didn’t think would be possible in my rookie season.

“This year is going to be even better. Racing in the MRF Challenge, I’ve worked hard to improve my performance and race craft, while being selected for the BRDC Rising Stars programme and the MSA Academy has been a great confidence boost.

“I’ll have the benefit of starting the season from the first rounds and that’s going to help me get every championship point possible. The competition is going to be strong, so pre-season preparation and testing is going to be key, but I’ve no doubt that JTR will put together another winning package.

“I’m also excited to continue working with partners Forresters and Auto Windscreens. Their support really helped me to break into single-seaters and I look forward to an even stronger 2014.”

Nick Tandy, JTR Team Principal: “We're extremely pleased to be returning with Sam this year, not least because he is very likely to be a strong contender for JTR to go for our third successive championship title. Personally it means a lot because we can continue on from all the hard work Sam and our team put in together last season to progress with him from a single-seater rookie into a front runner.”

David Brabham: “We are very pleased to see Sam do another year of the MSA Formula Ford Championship after an excellent rookie season in 2013. He is now in a great position to fight for the title from the start of the season with a team we not only know well in JTR, but also know how to win. The Brabham name continues to grow through Sam and Matthew’s racing activities, so we look forward to another successful year ahead.”