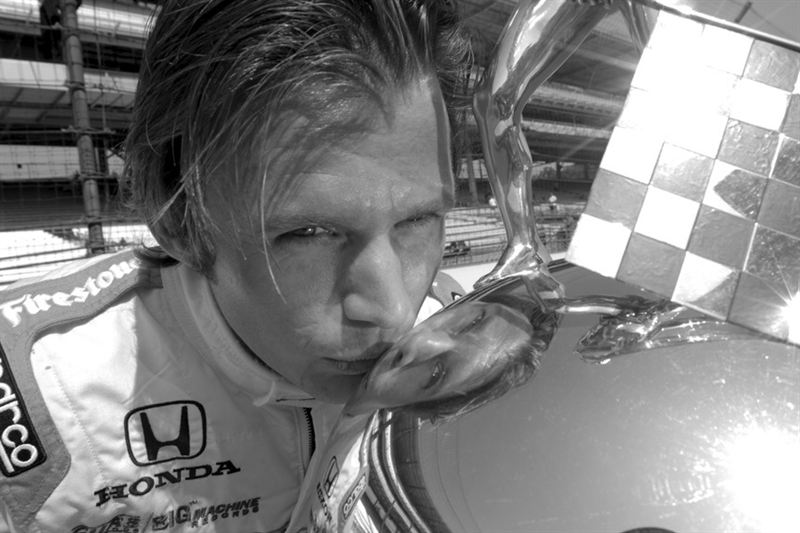 Lancaster, Lancashire – Thursday, December 20, 2012: The Autosport International Karting Challenge being held at the NEC Birmingham on Friday, 11 January, has received an outstanding response to the 2013 race presented by Johnny Herbert. Staged in memory of Dan Wheldon in aid of the Wheldon family’s nominated charity, Alzheimer’s Society, all 20 teams are now fully booked with a substantial reserve list also in place.

There has been huge demand from members of the public and the wider motorsport industry to take part in the three-hour endurance event. With professional drivers and celebrities set to head-up each team of five public members, stars across the highest motorsport echelons have also pledged to race in celebration of the life and achievements of the late British double Indy 500 winner and IndyCar Champion.

Alzheimer’s Society ambassador and former Welsh professional footballer, Robbie Savage will also be taking to the track and commented: “My Dad, Colin, had Pick's disease, a degenerative brain condition with similar symptoms to Alzheimer's so I understand how much of an impact it can have on the person as well as their family.

“As a proud Alzheimer's Society ambassador and car fanatic, I'm so pleased that the money raised from The Autosport International Karting Challenge will go towards supporting people living with dementia. I can't wait to take part and help raise funds and awareness for a charity very close to my heart.”

The new event takes place with the full blessing of the Wheldon family, with the ‘Wheldon Lionhearts’ team taking part. In a touching gesture, family members will also present the winners with one of Dan’s magnificent trophies.

Holly Wheldon commented: “It’s wonderful to see that so many people want to join together to celebrate Dan’s life and achievements. If Dan were here, he’d be the first on the track, having a great time racing with his friends and fans for a charity that was very important to him. We hope the event raises vital funds and awareness for Alzheimer’s Society, and everyone has a lot of fun doing it.”

“We know how important Alzheimer’s Society was to Dan and this event has grown with that firmly in mind with a great group of partners. The three-hour format has proved to be a real draw and we hope it offers more fundraising potential to benefit the charity. If you can’t be at the event, please donate in Dan’s memory by visiting www.alzheimers.org.uk.”

Liz Monks, Director of Fundraising at Alzheimer’s Society said: “We’re delighted to be involved with this special kart race to honour Dan Wheldon. Thank you to everyone who has worked so hard to make the event a success in the New Year. We’re excited to see that teams have sold out and that so many people have committed to supporting our cause by attending. As a charity we rely on voluntary donations to support people to live well with dementia today and fund research to find a cure for tomorrow.”

The Autosport International Karting Challenge track action kicks off in Hall 4 with practice and qualifying from 18:00, with the three-hour endurance race starting at 19:00.

Autosport International trade visitors and MSA licence holders can enjoy full spectator access to the event as a complimentary addition to their standard ticket. Trade tickets cost £26 per person, simply register at www.autosportinternational.com/trade.