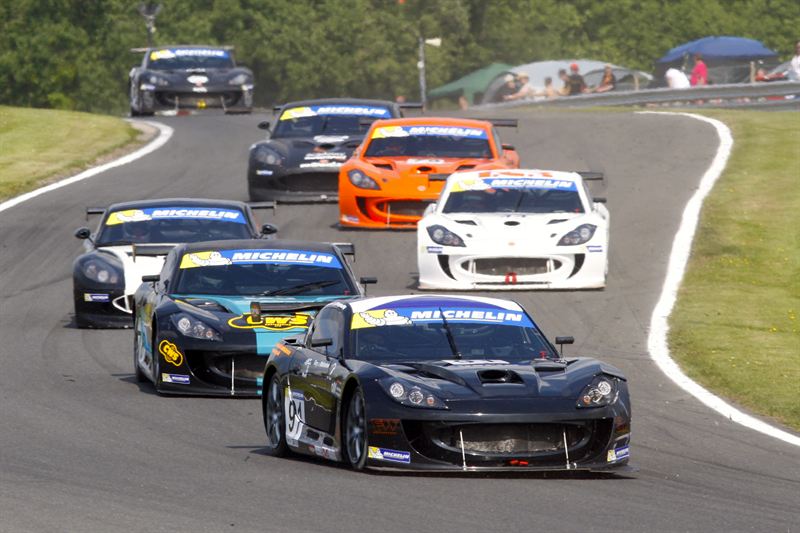 Returning to racing after a month-long break in the British Touring Car Championship calendar, Walkinshaw’s weekend didn’t get off to the best of starts when non-fault contact put him out of Friday afternoon’s test session after just one lap.

An excellent effort by the FW Motorsport crew to rebuild the front left corner ensured that Walkinshaw was back on-track for qualifying on Saturday morning. The 20-minute session, however, afforded the debutant team little time to develop a dry set-up. But with a successful shakedown completed, the Chipping Norton racer was confident of climbing the order in the first race of the weekend.

The 22 year-old got a brilliant start from 14th place amid the biggest GT Supercup grid of the season, but lost his two-place advantage when forced to avoid a slow-away Matt Nicoll-Jones. Immediately back on the attack, Walkinshaw hustled well into Old Hall Corner and completed a blinding opening lap to run 11th.

Breaking into the top 10 just one lap later, he settled into his first real dry running around the Island circuit while closing the gap to Carl Boardley from lap four. Lying ninth by lap seven of 15, Walkinshaw posted constantly improving best lap times while holding off Marcus Hoggarth en route to taking eighth place and his seventh top 10 finish of the season so far.

Walkinshaw commented: “After a rather challenging start to our race weekend, I’m happy to take points for eighth place today. It was a shame that we sustained damage in yesterday’s test session after so little running as we lost valuable track time to develop a strong dry set-up on our first Oulton Park outing.

“The guys did a fantastic job to repair the car last night, and although we had to treat qualifying as an installation session, the FW Motorsport G55 felt really good in race trim. The valuable points for eighth place today has helped me to consolidate ninth in the title fight, while of course I’ll start six places higher on the grid tomorrow.”

The Michelin Ginetta GT Supercup action will resume at Oulton Park tomorrow, with the round 11 battle taking place at 13.42, aired live on ITV4.