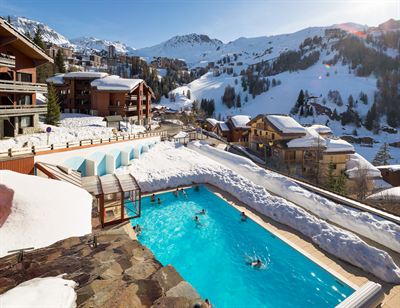 Save up to 30% on spring skiing in French resorts

Put the spring into skiing this Easter with savings from Pierre & Vacances. Their range of apartments across the French Alps are ideal for families and groups of skiers keen to take to the slopes this April. Contrary to popular belief April skiing and snow conditions are often fantastic with many high-altitude resorts boasting historically good snow records and some of the best snowfalls of the season. P&V are offering savings of up to 30% and free children’s lift passes in a variety of high-altitude destinations.

The Paradiski area has skiing up to 3,250m and benefits from reliable snow until the end of the season. The area is fantastic for a family ski holiday with professional ski schools and a range of activities away from the slopes. The bobsleigh raft experience is great for budding Olympians to get their first taste of bobsleigh in a safe way (minimum height 1.30m).

Return flights from the UK to Geneva available with scheduled airlines from £150.

On the other side of Paradiski from La Plagne is Les Arcs, linked by the Vanoise Express. The Igloo Village will appeal to younger children whilst the more adventurous will be eager to take on the toboggan run. On the 6th April there’s the chance to be inspired by some of the best freestyle skiers as they take to an urban snow park constructed at Arc 1800, adding to the lively après of Arc 1800.

Return flights from the UK to Geneva available with scheduled airlines from £150.

Fly into Nice for an extended ski break in France, spending a couple of nights in the city before or after skiing at Isola 2000. Temperatures in Nice hover between 15-20 ̊C during April allowing holidaymakers to combine a sunshine and ski break. With the skiing at Isola 2000 ranging up to 2,603m there is a good snow record as well as views of the Mediterranean.

7 nights at the Residence Les Terrasses d’Azur arriving on 12th April starts from £387 for a 1 bedroom apartment sleeping up to 4.

Avoriaz is the highest resort within the vast Portes du Soleil and offers more than just skiing making it a fine option for an Easter family break. Europe’s highest waterpark - Aquariaz - is an exciting alternative to the slopes with its water playhouse, ‘Slidewinder’ and open air heated spa. There’s also ice skating, bowling and horse-drawn sleigh rides among many other activities for the family.

Return flights from the UK to Geneva available from £150.

The Espace Killy ski area has slopes as high as 3,550m, above Tignes on the Grande Motte. This April sees Val d’Isere launch Hot Ice, a series of events on the mountain and in the village to celebrate the closing of the season. Between the 12th April and the 4th May some of the biggest names in après ski will make it a late season break to remember, including La Folie Douce and Dicks Tea Bar. Events beyond the bars include the International and Discovery Film Festival, guided tours of the resort and wildlife tours.

7 nights at the Residence Balcons de Bellevarde arriving on 12th April starts from £831 for a 1 bedroom apartment sleeping up to 4.

Return flights from the UK to Geneva available from £150.

Created in 1967, the Pierre & Vacances-Center Parcs Group is the European leader in local tourism. It has built its growth on an original business model of synergies between its two businesses: property development and tourism. Today, with its six complementary tourism brands – Pierre & Vacances and its two Premium and Villages Clubslabels, Maeva, Center Parcs, Sunparks, Adagio and Adagio Access – the Group operates a tourism network of more than 51,000 apartments and homes, located in almost 300 sites in Europe. In 2011/2012, the Group welcomed 7.5 million European clients and generated turnover of €1.419bn. 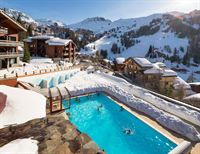