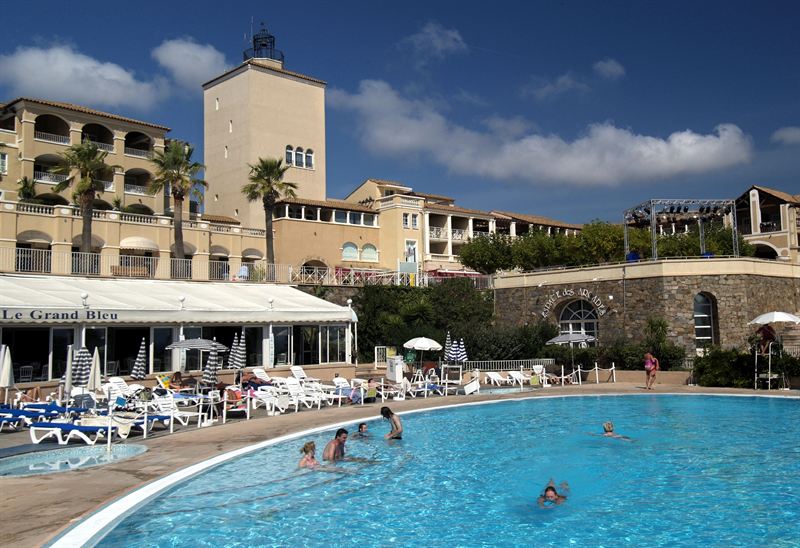 As the excitement ahead of this year’s major European football championships becomes increasingly more palpable, Pierre & Vacances announces its fun new way for holidaymakers to kick off the football festivities in France.

Just as France will host the European championships this summer, nine of Pierre & Vacances’ French Holiday Villages will host their very own warm-up celebrations in the build up to the matches as well as afterwards.

From 10th June to 10th July, football fanatic guests can immerse themselves in absolute football frenzy. They can show off their knowledge in a puzzling football quiz before identifying the correct national anthem in an entertaining test around the pool area. Before the matches kick off, guests can compete in a spot of football juggling followed by an exhilarating life-size game of human table football and ‘keepy-uppy’ challenges. At a face paint workshop fans can be decorated with their national colours to show their true devotion and support for their team, before sitting down to watch the match with other holidaymakers.

These activities are all free of charge and are in addition to the sports and activities available in Pierre & Vacances’ Kids Clubs which provide entertainment for children aged 3 to 17 years old. All activities are adapted to suit the children’s ages, so while kids aged 3-12 enjoy DJ lessons, circus skills, secret agent skills and a variety of sports, teenagers aged 13-17 can hang out in Le SpOt where they can watch films and dance away at the disco. The tiniest tots aged 3 months to 3 years can be supervised by Pierre & Vacances’ professional childcare team who will keep them entertained with painting, playing games, music and story telling.

Many of Pierre & Vacances’ resorts are located near to the main stadia and fan-zones. Families, couples or groups of friends staying with Pierre & Vacances will be able to watch the matches, explore the host cities and surrounding area in addition to enjoying the facilities and activities at the holiday villages, making for a jam-packed football-themed getaway.

Pierre & Vacances’ Resort Lacanau is less than an hour’s drive to Stade de Bordeaux where five of the matches will take place. Holidaymakers can make the most of being in the city, which has been nominated in the World Travel Awards for Europe’s Leading City Break Destination for 2016, and sample some world-class wine at the local vineyards. Prices start from £347 per apartment for a seven-night stay in a one-bedroom apartment that sleeps up to four people in June.

Fans heading to Stade de Nice to watch the action have the choice between Resort Cap Esterel, which is just over an hour away from Stade de Nice, and Resort Les Restanques du Golfe de Saint-Tropez which lies further down the coast. Both resorts offer a fantastic range of facilities and activities and are located near to some of France’s most famous destinations along the sunny Côte d’Azur. Prices start from £522 at Resort Les Restangues and £717 at Cap Esterel per apartment for a seven-night stay in a one-bedroom apartment that sleeps up to four people in June.

Pierre & Vacances’ Resort Belle Dune is approximately two hours away from Lille and Stade Pierre Mauroy where six of the matches will be held. Fans who will be crossing the Channel to Calais will only have an hour’s drive to Resort Belle Dune, providing a convenient place to stay before the big game. Prices start from £443 per apartment for a seven-night stay in a one-bedroom apartment that sleeps up to four people in June.

Resort Normandy Garden is approximately two hours away from the matches held in Le Parc des Princes stadium in Paris. From the hustle and bustle of Paris, guests will enjoy their peaceful retreat in Normandy’s countryside. Prices start from £384 per apartment for a seven-night stay in a one-bedroom apartment that sleeps up to four people in June.

Created in 1967, the Pierre & Vacances-Center Parcs Group is the European leader in local tourism. It has built its growth on an original business model of synergies between its two businesses: property development and tourism. Today, with its six complementary tourism brands – Pierre & Vacances and its two Premium and Villages Clubslabels, Maeva, Center Parcs, Sunparks, Adagio and Adagio Access – the Group operates a tourism network of more than 51,000 apartments and homes, located in almost 300 sites in Europe.