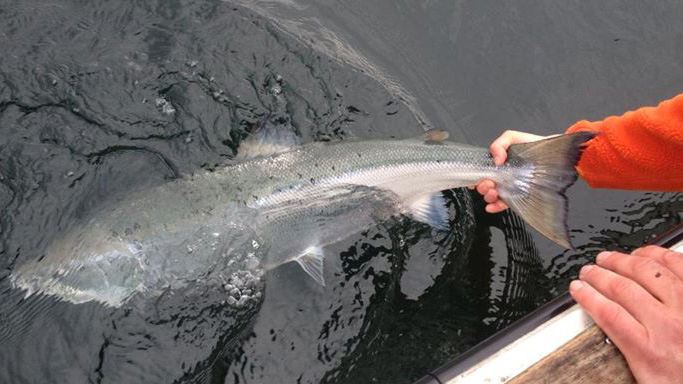 The HELCOM Recommendation on aquaculture is the lead topic in a Fish group meeting continuing today in Warsaw, Poland, as most if not all pending issues on the Recommendation are expected to be solved. Aquaculture is a growing commercial sector still with a good chance for achieving a balance between economical profit and environmental protection.  The HELCOM Group on Ecosystem-based Sustainable Fisheries renewed its operations last year and involves a solid representation of administrative, scientific and civil society’s representatives from all the countries of the Baltic region.

The aim of the draft Recommendation on aquaculture is to give guidance for the best practices for minimizing and preventing negative environmental impact of aquaculture on marine ecosystems of the Baltic Sea. The core issues still to be agreed on by the HELCOM members – nine riparian countries and the EU, relate to nutrients input to the Baltic Sea and establishment of aquaculture facilities in marine protected areas. Another vital part concerns the risk of non-indigenous species, as they are common in fish farming but if accidentally released, may have impact on wild populations of species. The Recommendation is to be finalized by June this year as decided earlier by HELCOM.

The Group has yesterday discussed and concluded on how to take forward the work in HELCOM on conservation of migratory fish species, recreational fisheries and assessing its impact on fish mortality and coastal ecosystems as such.

Also covered in the Meeting agenda is the work on data for core indicators to assess the progress towards Good Environmental Status of the Baltic Sea. Especially, it has been considered important to address by-catch and lack of monitoring data for the core indicator on drowned mammals and waterbirds in fishing gear, as accidental catch is a significant mortality factor for some species in the Baltic Sea. In general, HELCOM is soon to finalize close to thirty core indicators, which are crucial for improving the evaluation of progress in reaching the goal of the Baltic Sea in a healthy status.

The Meeting is chaired by Mr. Marcin Ruciński, Polish Ministry of Agriculture and Rural Development, the Chair of the Fish Group.

Meeting site. All documents will be public after the meeting.

HELCOM Group on Ecosystem-based Sustainable Fisheries – Fish group – deals with fisheries in relation to the implementation of the ecosystem-based approach. Moreover, the group responds to the need to find solutions on how the sector could further contribute to reaching Good Environmental Status of the Baltic Sea by 2021. The Fish Group involves representatives from fisheries and environment authorities of the Baltic Sea countries, as well as EU, and HELCOM Observers and others as appropriate.

The Baltic Marine Environment Protection Commission, usually referred to as HELCOM, is an intergovernmental organization of the nine Baltic Sea coastal countries and the European Union working to protect the marine environment of the Baltic Sea from all sources of pollution and to ensure safety of navigation in the region. Since 1974, HELCOM has been the governing body of the ‘Convention on the Protection of the Marine Environment of the Baltic Sea Area’, more commonly known as the Helsinki Convention.