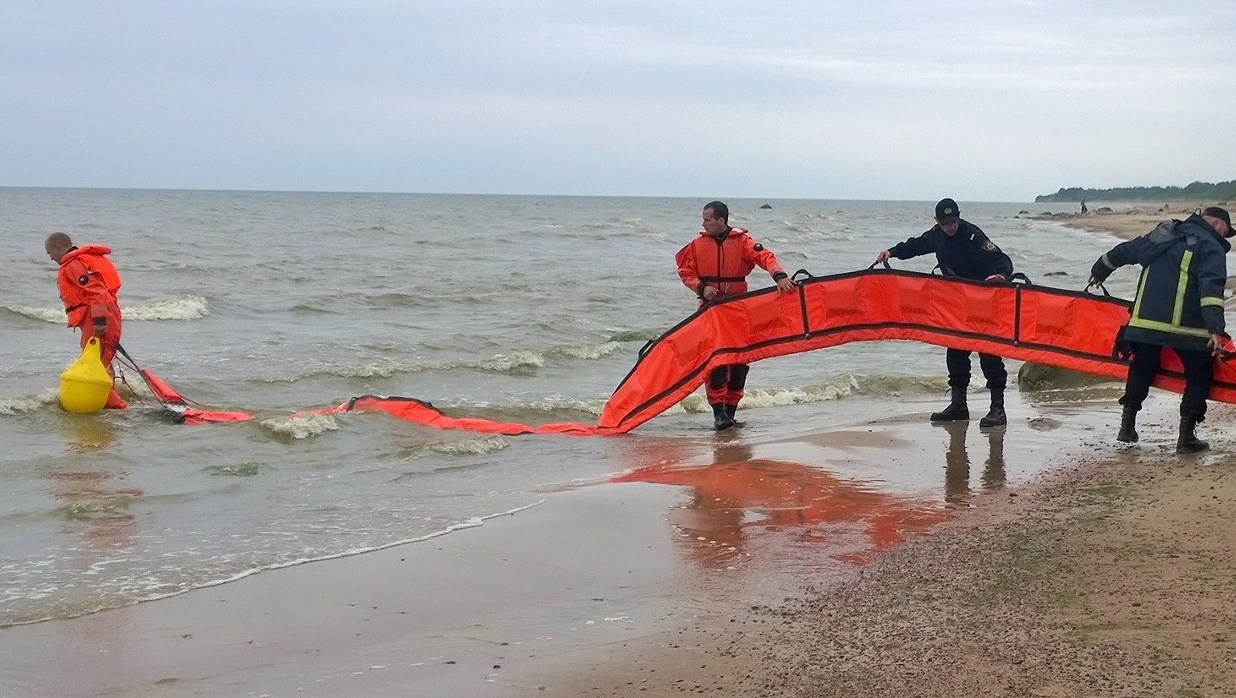 Ten cubic meters of popcorn played the leading role of a large oil slick today offshore Klaipeda, Lithuania, in the annual Baltic Sea pollution response exercise Balex Delta 2016. Fourteen ships from eight Baltic coastal states formed the HELCOM fleet simulating real life disaster response in a collision between an oil tanker and a trawler, involving a risk of damaging the nearby highly sensitive nature areas with 5,000 tons of crude oil. A large-scale national onshore exercise was organized simultaneously for deployment of the clean-up units as well as coordination between all the actors involved.

The largest maritime counter-pollution drill of its kind in the Baltic Sea area – and one of the largest worldwide – has been a regular HELCOM practice for almost thirty years, in one of the most vulnerable and busiest sea areas in the world. All HELCOM member states take turns in hosting the annual exercise.

Igor Kuzmenko, Chief Coordinator of the exercise was pleased with the proceedings. “Today we set up a full-scale oil recovery operation at the site of the accident, and for the first time some countries’ response vessels, from Denmark, Finland, Latvia and Poland, arrived straight to the spill area, ‘on call’,  for added realism. The ships were successfully deploying oil containment booms and skimming equipment”, he said.

The annual HELCOM Balex Delta was hosted this year by the Maritime Rescue Coordination Centre of the Lithuanian Navy. The shore operation was coordinated by Klaipeda City Fire and Rescue Service. More than forty persons, many from outside the region, signed up as observers of the exercise.

The aim of Balex Delta is to test the alarm procedures and the response capability of the HELCOM countries. Cooperation between combating units as well as staff functions are tested and trained for. Communication between the involved units during the exercise is also practiced by all the participating countries, as well as the interaction between offshore response units and shoreline clean-up units. At the same time, thanks to this year’s large onshore response exercise, the national capabilities and alert procedures concerning shoreline clean-up will also be tested.

Balex Delta operational response exercises have been held annually since 1989. Throughout this time HELCOM has steadily improved the readiness of the countries around the Baltic to jointly respond to oil spills at sea. Regional cooperation on preparedness and response to pollution incidents has however much longer roots, being a part of the first 1974 Helsinki Convention and followed by a series of related Recommendations right at the start of the permanent HELCOM activities in the early 1980s. The first meeting of the expert group on pollution response took place in 1977.

Today, with 80 per cent of global merchandise trade by volume carried by sea and handled by ports worldwide[1], the economic importance of maritime transport – and the risk of collisions and other accidents – cannot be overemphasized. In the Baltic Sea, ship traffic is dense and maritime transport has been in the increase in the recent past.