Helsinki will ring in the New Year with lots of entertainment in Senate Square beginning at 10pm on 31 December. Organised by the City of Helsinki, the fun family-oriented celebrations will include ballet in the square and a one-off gig by Finnish pop star Maija Vilkkumaa. Kids can also enjoy a special programme at the separate Children’s New Year’s Eve event, including their own fireworks display. 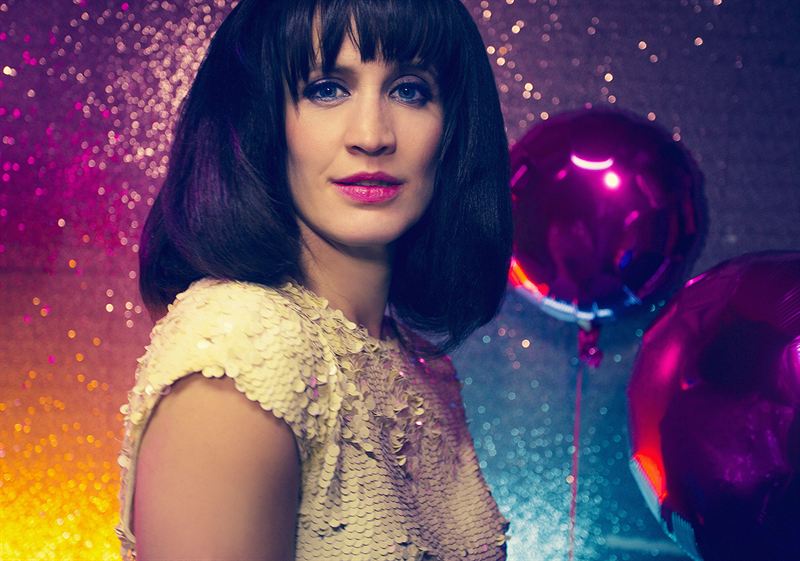 “New Year’s Eve in Senate Square is a fun family event in which shared experiences are the most important thing. This year again we expect around 20 to 25 thousand people,” says Erika Poikolainen, Executive Event Producer at Visit Helsinki.

The celebrations will kick off at 10pm with the We Love Helsinki DJ. Deputy Mayor Pekka Sauri and Bishop Irja Askola will present their opening words at 11pm, after which visitors will have a unique chance to enjoy a performance from the Snow Queen by the Finnish National Ballet. The dancers will then show some of their ballet moves that members of the public can try, even in winter coats, as a way of welcoming the International Ballet Competition to Helsinki later in 2016.

The headliner for this year’s New Year’s Eve celebrations is Finnish pop star Maija Vilkkumaa, who released a new album this autumn and appeared on the Finnish version of “The Best Singers” series on TV. One of the most popular female pop artists in Finland, Vilkkumaa has created a special show just for the Senate Square stage under the theme “parallel universe” that promises to be action-packed, absurd and carnivalistic. Vilkkumaa’s costume for the show has been designed by Antti Asplund.

“Performing at the New Year’s Eve celebrations of my lovely hometown of Helsinki is really a dream come true! We have put a lot of time and love into designing and rehearsing this show. I can’t imagine a more magical moment: the world’s most beautiful Empire-style centre, all the beautiful people there, New Year’s Eve, the beauty and majesty of life and time, the music, the joy and the nostalgia. I’m looking forward to it with enormous excitement,” comments Vilkkumaa.

The celebrations will culminate with a musical fireworks display, followed by dancing until 00:30am to the music of the We Love Helsinki DJ. The masters of ceremony on the stage this year will be TV presenter Nuppu Stenros and journalist-presenter Petski Westerholm. The broadcast can be watched anywhere in Finland and the rest of the world as a live stream on Visit Helsinki’s YouTube channel  (www.youtube.com/Visithelsinki), on the Helsinki Channel (www.helsinkikanava.fi) and on Ilta-Sanomat’s Netti-TV (http://www.istv.fi/).

The Children’s New Year’s Eve event will be held this year at Kattilahalli in Suvilahti on 31 December from 1pm to 5pm. Unlike in previous years, this year’s children’s event is open to all and does not require tickets. The programme includes circus, science experiments and summery sand games. There will also be a giant giraffe bouncy castle, as well as an exciting adventure track created by Circus Helsinki. The event’s partners include Sea Life Helsinki, Helsinki Zoo and Helsinki Playground. Families with small children are asked to remember that strollers and prams may have to be left in the cloakroom. The programme culminates with a special fireworks display at 5pm.

The official New Year’s Eve celebrations in Senate Square have been organised by the City of Helsinki since the 1930s. The event is produced by Visit Helsinki.

Photos/participation
Viewers at home and those celebrating in Senate Square can also share their experiences on social media channels using the hashtag #NYEhelsinki and on the Facebook page www.facebook.com/uusivuosihelsinkinye.

Press images
Photos of performers and the event: http://materialbank.visithelsinki.fi/?cart=1591-egccadkmkc&l=EN

Accreditation/press passes, interviews
Press passes will be required to enter the press section. Media representatives are requested to accredit themselves for interviews and permits for photographing and filming: please contact laura.saksala@hel.fi.

Interviews with performers are possible before the rehearsals on 31 December between 5:00pm and 5:20pm and after the rehearsals at 7:00pm. The rehearsals can also be filmed and photographed between 5:30pm and 7:00pm. Interviews and permits for photographing and filming should be requested in advance: please contact laura.saksala@hel.fi.