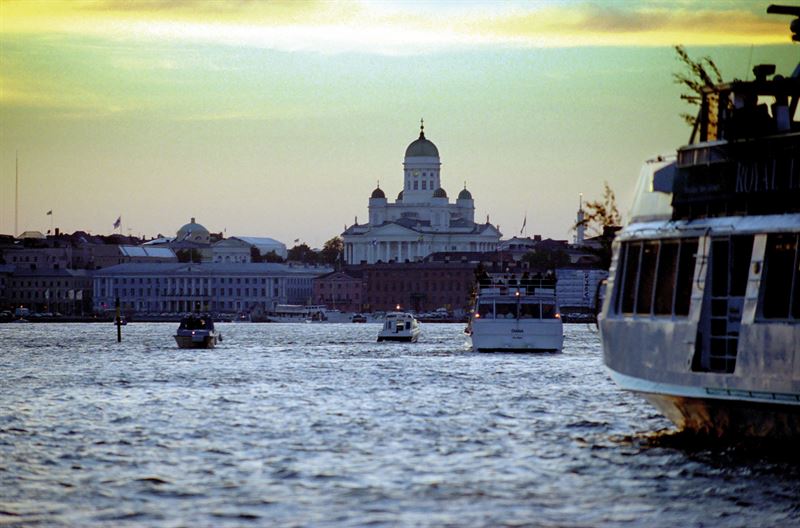 Three investor and startup events during the 3-6th of June 2019 will bring over 600 investors to Helsinki.

Helsinki will be in the epicentre of European innovation, as three major investor & startup events will be held on 3-6 of June to highlight the position of the city in the global startup ecosystem. Finnish Business Angels Network (FiBAN) together with NewCo Helsinki and Arctic15 are co-organizing the events, focusing on the matchmaking of investors, startups, and general public. Thousands of startup ecosystem influencers and more than 600 international investors are expected to visit Helsinki during the week.

EBAN Helsinki 2019 is the annual congress of European Business Angels Network (EBAN), and it is the biggest event in Europe for business angels. Helsinki edition will provide international business angels the best possible networking experience, tied with professional training sessions on the hot topics about angel investing. The EBAN Congress experience on the 3-4 June will be continued on the 5-6 June in the form of the Arctic15 startup conference, where the investors can meet with the best startups the Arctic region has to offer.

Arctic15 is a startup business conference in Helsinki focused on networking and meetings between international startups, investors and corporation representatives. It is bringing to Helsinki each year in total 2000 attendees from 50 countries. 15 tracks of the event tackle various industries, technologies and topics relevant to the Nordic & Baltic startup ecosystem, such as Impact, SaaS, Fintech, Health, AI, and Scaling. The conference also features the most promising Nordic and Baltic early stage startups in a Funding Program organized in collaboration with FiBAN, which connects startups to angel investors for cross-border investments.

To top it all, NewCo Helsinki, as part of City of Helsinki, will organize the Helsinki Startup Day on the 4th of June. The event brings to front the strengths of Helsinki as a hotspot for startups and technology fields gathering all the local ecosystem players for one dynamic day. Last time the free event attracted a thousand startup influencers. Helsinki Startup Day is designed to connect startups with service providers and other experts as well as enhance connectedness of the local startup community and introduce international contacts.

Helsinki is a year-round and multifaceted congress city

Helsinki is among the leading congress cities in the Nordic region together with Copenhagen and Stockholm. The number of congresses in Helsinki has risen steadily over the past decade, and in terms of the number of delegates, Helsinki overtook Stockholm last year.

“Helsinki is recognised worldwide as a reliable and functional city. Our advantages include the quality of our services and our close cooperation with local actors,” says Ines Antti-Poika, Convention Director at Helsinki Marketing.

Helsinki enjoyed a record year in 2017 in terms of both tourism and congresses. Helsinki hosted a total of 367 international association meetings that were attended by almost 72,000 congress visitors last year. This year Helsinki will host an estimated 300 congresses, the majority of which were organised between May and September.

Finnish Business Angels Network (FiBAN) is a non-profit association of private investors on a mission to inspire private investments. The network is one of the largest and most active business angel networks in Europe with over 650 approved members. FiBAN is a member of the European Business Angels Network (EBAN), and was chosen as the Business Angel Network of the Year in 2012 and 2014. FiBAN received the esteemed Internationalization Award of the President of the Republic of Finland in 2017.

Arctic15 is the most effective matchmaking startup event in the Nordics and Baltics taking place in Helsinki, Finland on 5-6 June 2019. The 2-day event brings together startups, investors, corporates and media from 50 countries. The focus is on making deals and quality networking. The event features the top early-stage startups from the Nordics and Baltics in a Funding Program fostering cross-border investments. The event is organized by ArcticStartup.

NewCo Helsinki, as a part of City of Helsinki offers services for founding companies and startups and for developing and scaling business ideas internationally. In the core is to support the local Helsinki region startup ecosystem helping it thrive. Together with other members of the local community NewCo Helsinki delivers approximately 200 events per year to cater business needs in different phases.