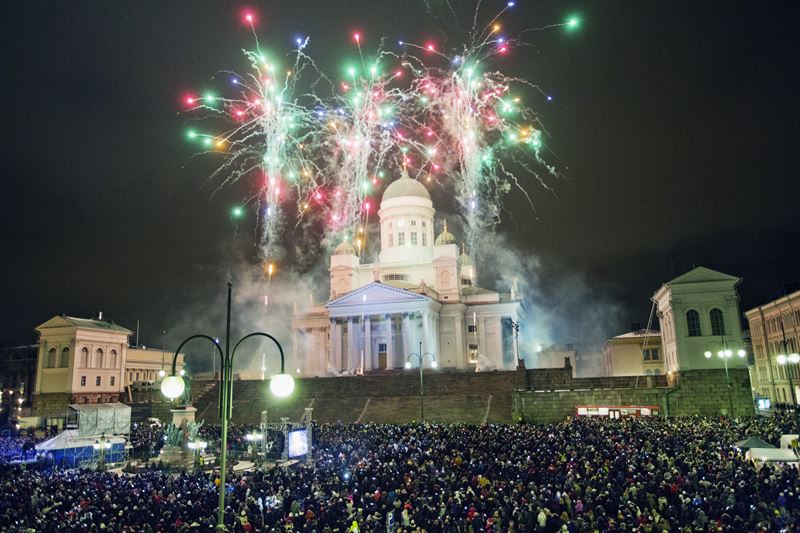 All of Helsinki will be celebrating together on New Year’s Eve at Senate Square, possibly for the last time, due to construction work at last year’s venue, the Kansalaistori square. Helsinki will ring in 2019 with a star-studded concert featuring Finnish singer-songwriter Vesala, the trendsetting pop act Vesta and a theatrical fire show by the Maria Baric Company. DJ Orion will keep the crowds dancing on their feet, and the show will be hosted by Ernest Lawson from the TV comedy show Putous and TV personality Sampo Marjamaa.

The official New Year’s Eve celebrations include a special programme for kids and their families at the start of the evening. The internationally renowned Maria Baric Company will present a stunning show that combines music, fire, theatre, dance and circus, culminating in a firework display at 5:30pm.

Tens of thousands of locals and visitors are expected to join in the festivities; to accommodate the large numbers of people, a big screen broadcasting a live feed from Senate Square will be set up in the nearby Market Square. The firework display at midnight can be viewed from both Senate Square and the Market Square. The use of personal fireworks or firecrackers is strictly prohibited.

The official New Year’s Eve celebrations in Senate Square can be reached on foot from the city centre via Aleksanterinkatu and Unioninkatu, from the Market Square via Sofiankatu and Katariinankatu, and from Katajanokka via Aleksanterinkatu. The streets leading to the square from the north, Unioninkatu and Yliopistokatu, will be closed. Traditionally, the least congested entrance to the square around midnight has been from the Katajanokka side. If the entrance from the city centre becomes too congested, members of the public will be directed to alternative entrances. Entrances will be closed once the square is filled to capacity. Members of the public should travel into the city centre by public transport.

Traffic restrictions will be in place before, during and after the official New Year’s Eve celebrations from Thursday 27 December to Wednesday 2 January. The streets around Senate Square and the Market Square will be partially closed to traffic already on Thursday 27 December. The affected streets will begin to be reopened after the event, and all the streets will be open to traffic again no later than Wednesday 2 January. Further information about traffic restrictions for cars, bicycles and pedestrians can be found here.

The sightseeing bus stop at Senate Square will be closed from 27 December to 2 January and the taxi stand on 31 December from 8pm onwards. A temporary taxi stand will be located on Ritarikatu beside the Ritarihuoneenpuistikko park.

This event is free of charge, fully accessible and open to visitors of all ages.

As in previous years, the festivities can be enjoyed on television as well. A live broadcast will be shown on Yle TV1 from 11pm to 1am.

Helsinki’s official New Year’s Eve celebrations are organised by the City of Helsinki. This traditional event has been held since the 1930s. The event is coordinated by Susa Nokelainen and Marianne Saukkonen at Helsinki Marketing. 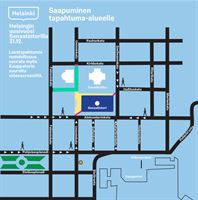 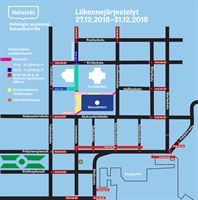