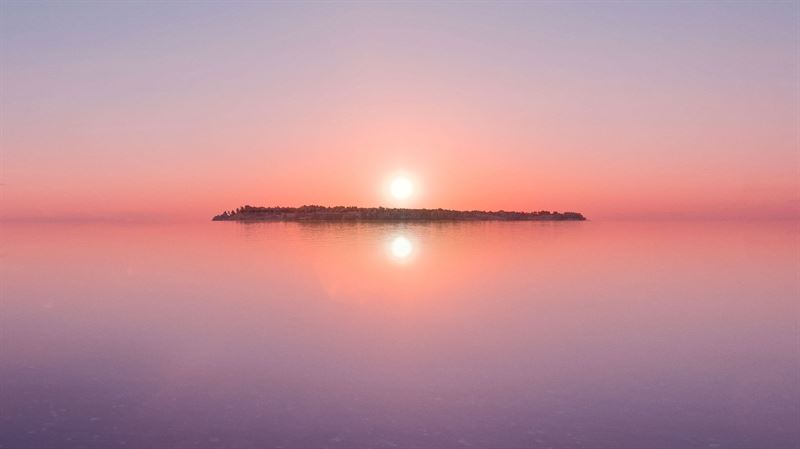 The inaugural Helsinki Biennial 2020, The Same Sea, will now take place from 12 June – 26 September 2021, owing to the exceptional circumstances caused by the coronavirus pandemic (COVID-19).

Originally planned to open to the public on 12 June 2020, the international contemporary art biennial will refocus its energies towards next year for its first edition, whilst retaining its maritime locations across the island of Vallisaari, and on Helsinki’s mainland. At a time when protecting the wellbeing of the global community is paramount, the Helsinki Biennial team and the City of Helsinki are committed to delivering an ambitious exhibition that remains true to the founding curatorial principles of ecological ethics and radical empathy."Due to the exceptional circumstances across the globe, we have taken the difficult decision to move Helsinki Biennial 2020 to the year 2021. We believe this is the most responsible option when considering both our local citizens and international guests. This way too, the biennial can realise the inspiring exhibition that was envisaged and receive the international engagement it deserves. Helsinki is a global city full of events and we are doing our best now to predict how the coronavirus pandemic will influence the travel, event and creative industries. Throughout this time, Helsinki will continue developing as a leading international city of arts and culture", says the Mayor of Helsinki, Jan Vapaavuori.

An eagerly awaited addition to the city’s cultural landscape, Helsinki Biennial 2021 offers a timely and poignant moment for audiences to reconnect and engage with the natural environment, within the context of Vallisaari Island’s wild landscapes and maritime heritage. Reflecting further upon the title of the inaugural edition, The Same Sea, and the concept behind it, curators of Helsinki Biennial and Helsinki Art Museum (HAM), Pirkko Siitari and Taru Tappola expand:

“The current exceptional situation in the world has called attention to the substantial themes of the biennial; interconnectedness and the mutual dependence it causes. The importance of hope and art has only increased. Although we already miss art encounters, we now turn our gaze to next year when we can let the biennial artists and their works shine fully, creating truly unforgettable experiences for our visitors.”

Postponing to 2021 was decided in solidarity with the wishes of the biennial’s artists and supporters. In light of the delays in construction and production caused by the epidemic, postponing will enable all 40 international participating artists to realise their artworks in full. During this interim period, the biennial will build upon these collaborations, whilst establishing new conversations and driving creative (and reflective) programming. Director of Helsinki Biennial and HAM, Maija Tanninen-Mattila says, “Museums now have the possibility to discuss new ways of producing art events, as well as the services and the user experiences linked to them. The appetite for virtual and digital interaction is now larger than ever, and we will take this into consideration when planning the biennial for 2021.”  Fostering a sustainable approach to exhibition making, Helsinki Biennial will continue to champion art’s role in creating channels for discourse, collaboration and conservation.

Helsinki Biennial is an international contemporary art event which takes place on Vallisaari island. Informed by Vallisaari – a former military island fusing wild nature and urban heritage – sustainable and responsible values lie at the core of Helsinki Biennial. Free to the public, each edition will primarily comprise of major new, site-specific commissions by leading international artists. Helsinki Biennial embodies the city’s ambitious, cultural vision, committed to developing Helsinki’s art scene both on a grassroots and institutional level. A major initiative of the City of Helsinki and Helsinki Art Museum (HAM), the biennial is directed by HAM’s director Maija Tanninen-Mattila. The biennial is further supported by an international advisory committee made up of curators and academics including Kari Conte, Director of Programs and Exhibitions at the International Studio and Curatorial Programme (ISCP), New York; Lena From, Head of Special Projects at the Public Art Agency Sweden; and Joasia Krysa, Professor of Exhibition Research at Liverpool John Moores University and Liverpool Biennial.

Pirkko Siitari is the Head of Exhibitions at HAM. She previously directed various institutions including Kiasma Museum of Contemporary Art in Helsinki (2010-2015), where she also worked as a chief curator (2008-2010), Kerava Art Museum (2004-2008) and the Northern Photographic Centre in Oulu (1990s). Siitari was also the chief curator of the Finnish Museum of Photography in Helsinki (1999-2004). Past curatorial projects include, among others, Pawel Althamer, I (am), HAM (2019), Nature as a Playground, Museum of Photography, Seoul (2018), Alfredo Jaar, Kiasma (2014), and ARS11, Kiasma (2011). She studied Art History and History at the Jyväskylä University and Art Theory at Jan van Eyck Academie, Maastricht, Netherlands.