Lux Helsinki invites everyone to share the joy of light again 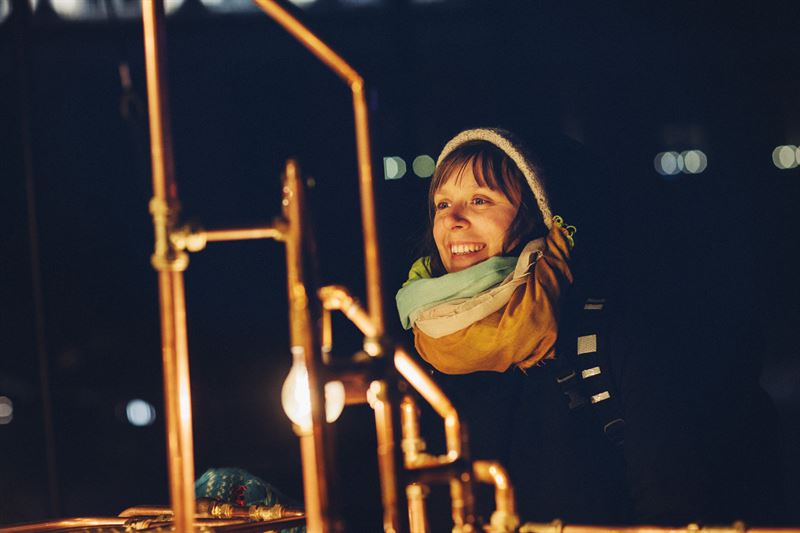 The second annual Light Challenge has already attracted dozens of local actors to participate alongside real estate company SATO. The Light Challenge is part of the Lux Helsinki light festival, which takes place on 5-9 January 2019.

The Lux Helsinki light festival once again challenges local residents, communities and businesses to light up the darkest time of the year together. Everyone is welcome to take part in the Light Challenge by sharing photos of their own light installations on Instagram using the #valohaaste hashtag.

The Light Challenge aims to share the power of light in a communal way in the heart of winter. Participants can create their light installations by themselves, but above all the Light Challenge encourages people to work together as a community, for example among families, classmates and neighbours. Further information about the Light Challenge is available on the Lux Helsinki website.

Lux Helsinki partner SATO is kicking off the challenge for the second year in a row. SATO’s apartment buildings will display numerous light installations at the start of the year. Those that have already accepted the challenge include residents of the SATO Senior Citizen Home in Puotila, Helsinki, and the StudioHome communal apartment building in Martinlaakso, Vantaa.

At the same time, SATO invites all its other residents too to work together to create light installations for their apartment buildings.

“Last year’s Light Challenge brought residents together for the first time to create their own light art. We hope that it helped bring neighbours together and that they now chat together more on their staircases. The light installations also inspired others – when we displayed our own light art in the windows of our head office last year, the office building across the street responded by creating their own light installation!” says Sanna Marttinen, Head of Marketing at SATO.

The Light Challenge continues after the main Lux Helsinki light festival and extends until mid-January, when SATO will award the three best photos of light installations with gift certificates.

Many light installations can already be seen throughout Helsinki

Having attracted 400 participants last year, the second annual Light Challenge has already attracted numerous companies and communities alongside SATO. Amnesty International Finland is using light art in its windows to highlight human rights, and both the Annantalo Arts Centre and Restaurant Töölönranta are illuminating trees in their courtyards. In addition, Fazer is displaying a series of light installations on the water tower at its factory in Vantaa, and more brilliant light art can be seen in the windows of the Tyttöjen talo house for girls, UFF on Fredrikinkatu, and Vepsäläinen Habitat Citycenter.

The Kustaankartano Comprehensive Service Centre is participating for the second year in a row with its own Light Weeks, as is Paulig Kulma with its Big Sky natural light effects. In addition, a major light installation is being created in the courtyard at the Culinary and Urban Culture Centre Teurastamo. The Helsinki City Theatre will also illuminate its façade, while the National Museum of Finland will light up the park in front of the building. The Sky Room rooftop bar at the Clarion Hotel Helsinki will be lit up in pink on 23 November and 21 December and again from 30 December to 9 January.