The upcoming New Year’s season in Helsinki offers exceptional fun and entertainment for families, from world championship sporting events to a brilliant light festival. The action-packed season begins already on Boxing Day with the start of the 2016 International Ice Hockey Federation World Junior Championship and culminates with the Lux Helsinki light festival that begins on 6 January 2016. 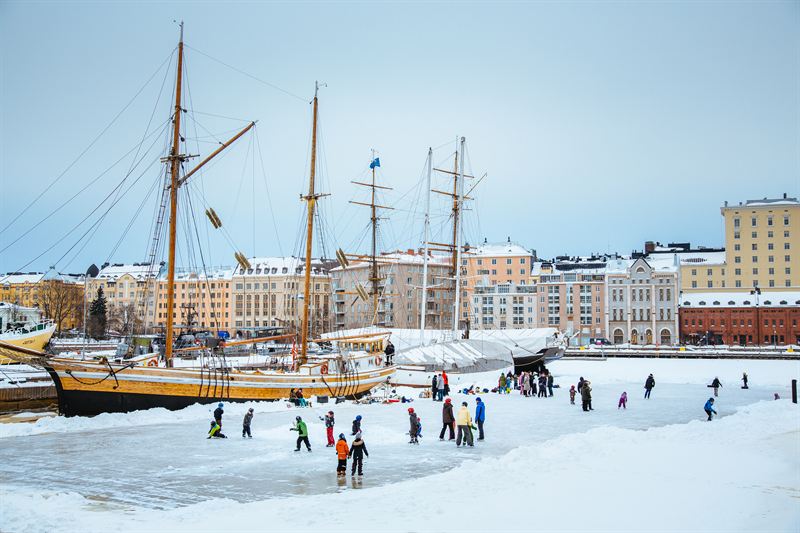 “The New Year’s season is always a great time for a family holiday, and this year there’s no better place to enjoy it than Helsinki. This season is especially packed with events that will appeal to families, not least the junior ice hockey world championships,” says Maarit Pitkänen, Marketing Communications Director at Visit Helsinki.

The 2016 International Ice Hockey Federation World Junior Championship will begin on Boxing Day, and the exciting matches will continue until 5 January 2016 at Hartwall Arena and the Helsinki Ice Hall. In addition to the Finnish junior team, the Young Lions, nine other countries will be competing with their best players under the age of 20. The world championship atmosphere will also be felt on the streets, as hockey fans flock to Helsinki from across Finland and abroad – especially Canada. The Young Lions are the reigning junior world champions in ice hockey from two years ago, when the Finnish team defeated their Swedish rivals in Sweden.

“Ticket prices have been kept reasonable, so this is a great opportunity to cheer on your favourite team throughout the tournament,” Pitkänen continues.

Starting one day later than the ice hockey will be the 2016 World Ringette Championships. The 11th World Ringette Championships will be the most international ever with nine teams competing from six countries. In addition, a Ringette Festival attracting hundreds of junior players and their support crews from Finland, Sweden, Russia and Canada will be held together with the world championships. For those unfamiliar with the sport of ringette, this will be a great time to watch the world’s best in action. The tournament will continue until 4 January 2016.

Helsinki rings in the New Year in style at with festive celebrations in Senate Square. This fun free-of-charge event invites everyone to celebrate together in front of Helsinki Cathedral with live music and other performances up on the stage and brilliant fireworks at midnight. A special Children’s New Year’s Eve circus event will also be held at the Cable Factory with free admission to families. The full programme for the New Year’s Eve celebrations in Senate Square will be published at the start of December.

In the first week of the New Year visitors can walk across a pontoon bridge to the recreational island of Uunisaari to enjoy the fresh air and visit the New Year’s Market there.

“Families who love the outdoors should head for the first ever Uunisaari New Year’s Market, where they can shop for design, handicrafts and vintage items while enjoying the fresh air and beautiful views,” Pitkänen recommends.

The 8th Lux Helsinki light festival will be held from Wednesday 6 January to Sunday 10 January 2016. The free-of-charge festival features brilliant light installations that can be admired along a new route that starts at the Ateneum Art Museum, continues through the Esplanade Park and along Bulevardi to the Annantalo Arts Centre. Lux Helsinki is also developing into a more diverse urban festival by focusing on street food and the visitor experience. Visitors can enjoy the light installations daily throughout the festival from 5pm to 10pm.

“The Lux Helsinki light festival is a fun family event. The new route culminates in a Light Playground at the Annantalo Arts Centre, where children can enjoy activities related to light, including workshops, light painting and polar night therapies,” Pitkänen reveals. 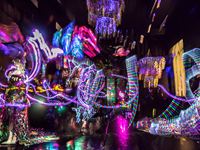