5 female travellers to celebrate on #InternationalWomensDay 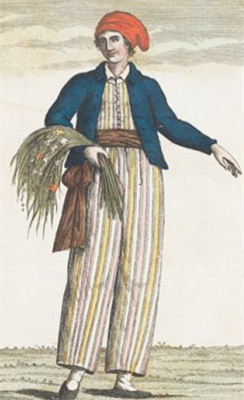 To celebrate International Women’s Day, HolidayPirates has compiled a list of the five most important female travellers you have probably never heard about.

London, 1st March 2017. Most people are familiar with the achievements and discoveries of the prominent male adventurers throughout history. Names like James Cook and Christopher Columbus are saved in the lexicon of almost everyone, meanwhile, the accomplishments of groundbreaking female travellers often go unnoticed and unreported. To celebrate International Women’s Day, HolidayPirates, the world’s largest online travel community and the leading source for travel inspiration and deals, has compiled a list of the five most important female travellers you have probably never heard about.

The English Bird that flew far far away
Despite her poor health and the constraints of a repressive system, Isabella Bird managed to travel extensively into her old age. In 1854, aged 23, Isabella travelled to the U.S and wrote her first successful book, An Englishwoman in America. In a lifetime full of adventure she trekked up two volcanoes in Hawaii, founded a hospital in India, helped British soldiers survey the Persian Gulf as well as visiting the mountain ranges of Tibet. In 1892 she left her mark on history by becoming the first woman to be inducted into the Royal Geographic Society. Before her death, aged 72, she still had time to travel to Malaysia, Korea, Japan, China and finally, Morocco.

Jeanne Baré a.k.a Jean Baret
A French sailor and botanist in the 18th century, Jeanne Baré is widely regarded as the first woman to circumnavigate the globe. In a male dominated society, the only way she could accomplish her dream was to disguise herself as a man. When her lover, Philibert de Commerson was hired by the French government to sail the world and conduct botanic research, the couple conspired to hide Baré's gender by dressing her in men’s attire and creating her alter ego, Jean Baret. The plan worked for over a year, until the crew arrived in the South Pacific and some islanders uncovered the truth. Nevertheless, when Baré finally returned to France, the Navy decided to “grant to this extraordinary woman a pension of two hundred livres a year”.

“Lady Lindy” flying solo
Aviator Amelia Earhart, born in 1897 in Kansas was widely known as "Lady Lindy." In 1922 she broke the woman's world altitude record. Later in life, Amelia accumulated more remarkable flights, most notably becoming the first woman to fly across the Atlantic Ocean in 1928, as well as the first woman to fly the Atlantic solo in 1932. Her death is surrounded by mystery, while attempting to set a record for flying around the world, Earhart and her plane disappeared. Recent evidence suggests she crash landed on an uninhabited island in the South Pacific and lived out the rest of her days there.

One woman, one bet, two wheels
In 1894, Annie Cohen Kopchovsky, a young mother of three small children, made a bet that she could circle the earth by bicycle and earn $5,000 during the trip. She climbed up onto her bicycle with the intent of proving a point to the world. Annie proved that a woman could have not only the physical capabilities and orientation skills to accomplish such a remarkable feat, but also the ability to survive independently. Annie abandoned her traditional role of wife for 15 months and rode a man's bicycle wearing a man's riding suit. She gathered the $5,000 easily, by entrepreneurially selling photographs of herself, and by renting advertising space on her body and bicycle.

From Palau to Israel: 196 Countries in 18 months and 26 days
Over the past 18 months, American traveler Cassandra De Pecol has been visiting every country in the world to raise awareness of “World Peace among the Sovereign Nations.” Using crowdfunding and corporate sponsorship as sources of money, De Pecol gathered the $198,000 she budgeted for the trip. The voyage took less than half the time of the previous Guinness World Record holder and Cassandra needed 5 passports to make space for the stamps and visas she accumulated

The HolidayPirates group is one of the fastest growing travel companies in Europe. The business has websites in Great Britain, Germany, France, Italy, the Netherlands, Austria, Poland, Spain, Switzerland and the USA. Prospective customers will find the best travel deals collated from numerous third party sites. The multi award winning website is updated numerous times on a daily basis and covers flights, package holidays and the hotel sector. In addition, there is information on special promotional campaigns as well as train and bus travel. Each of the travel portals belonging to the HolidayPirates group works completely independently of the relevant operators and partners. In 2016 the portal won the “Momentum Award” as well as the “Best and Most Popular Website of the Year” in the travel and leisure category, it was also awarded “Rising Brand of the Year” by Travolution Awards. The HolidayPirates group, operated in partnership with the e-commerce startup 6Minutes Media, currently employs around 170 staff in offices in London, Berlin, Sevilla, Boston, Lyon and Belgrade.