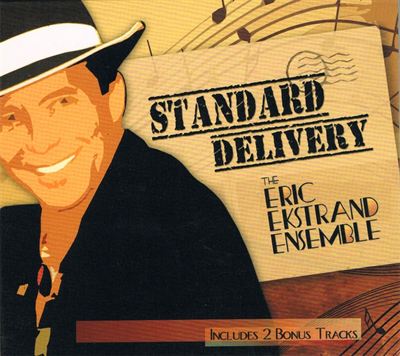 A third single release from “Standard Delivery”, the long-awaited tribute album by The Eric Ekstrand Ensemble, will be available as download as of November 27, 2015. "Beyond the Sea” raises anticipation for the upcoming album that will be released as a tribute to Frank Sinatra (born December 12, 1915) on December 11, 2015. The single will be available for $0.99 and can be downloaded on various services, such as Amazon, iTunes and Yahoo.

Eric Ekstrand says: “I love `Beyond the Sea´ a lot, both the music by Charles Trenet and the lyrics Jack Lawrence wrote to the original song. Our arrangement will focus on leaving your love behind, and on missing them. I´m sure that people will love this song as much as we do, and they will never go sailing again.”

“Standard Delivery” will deliver Eric Ekstrand’s innovative arrangements and soulful vocals on several standard songs from the ’20s to the ’60s. The album will feature 14 songs, as well as two additional bonus tracks that will be on CD exclusively and not available as download. The CD, with a running time of 58:56 min, is available at a price of $14.95 and can be pre-ordered on the website of Perseverance Entertainment Group (www.perseverancerecords.com). Earlier this fall, there were two single releases from “Standard Delivery” already, featuring "How About You?" and "Hey, Good Lookin’".

About The Eric Ekstrand Ensemble

Featuring vocalist, pianist, arranger and master entertainer Eric Ekstrand and nine outstanding musicians, The Eric Ekstrand Ensemble has performed at some of the top jazz and swing entertainment spots. In California, they are one of the first swing bands regularly scheduled at Hollywood's famous Derby (as seen in the film "Swingers") as well as other haunts including The Jazz Bakery, The Twin Palms, the Atlas and the Coconut Club. The Eric Ekstrand Ensemble was featured for four years at Disneyland’s Plaza Garden Stage including two consecutive New Years Eve celebrations. They participated in the Grand Opening of the Americana at Brand in Glendale, California where they shared the stage with Tony Bennett, Jay Leno, Natalie Cole, The Four Tops and the Temptations. For more information, visit http://hubertk.de/78501/83401.html

Perseverance Entertainment Group, based in Los Angeles (California, USA), has some of jazz´ finest acts in their repertoire. In addition, the label is a leading producer of soundtracks that haven’t been available for a long time or never at all. The company was founded in 2002. For more information, visit www.perseverancerecords.com 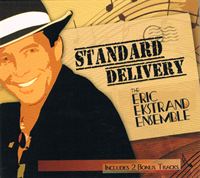