Bethesda Christian School in Fort Worth celebrates its 30th Anniversary with a concert by Kari Jobe and an evening of worship on Friday, October 22, 2010 at 6:30 p.m. at Bethesda Community Church.

Bethesda Christian School principal, Vicki L. Vaughn was honored for her achievement at the 2010 National Distinguished Principals Program banquet in Washington, DC on October 15, 2010 given by the National Association of Elementary School Principals (NAESP). Mrs. Vaughn is only one of two Texas principals and one of six private school principals selected nationally.

DETAILS:    This event is open to the public. Admission is free but a ticket is required.

Reserve your ticket by visiting Bethesda Christian School’s website at http://www.bethesdachristianschool.org.  For more ticket information, call the school at 817-281-6446.

About Kari Jobe (http://www.karijobe.com)
Kari Jobe is a worship pastor at Gateway Church in Southlake, Texas. A featured worship leader on Gateway Worship projects, Living for You and Wake Up the World, Kari released her self-titled debut album through Gateway Create Publishing and Integrity Music on February 10, 2009. Produced by Ed Cash, the album contains a collection of worship pop/folk songs written by Kari Jobe as well as co-writes with worship leaders/songwriters Chris Tomlin, Paul Baloche, Mia Fieldes, Ed Cash and Klaus Kuehn. This year Kari was recognized for her outstanding achievements in Christian and Gospel music at the 41st Annual GMA Dove Awards, winning for her Spanish Language Album, Le Canto; and for her Special Events Album, Glory Revealed II: The Word of God in Worship. She was also nominated for Best New Artist of the Year. Leading worship at Gateway and around the world, Kari’s focus for the work of ministry always comes back to people.

About Honorable Character (http://www.honorablecharacter.com)
Originally developed in the 1980s by a team of educators, Honorable Character Classroom Management System enables teachers to incorporate character development in students throughout the school day in a practical, positive and easy to use system. Targeting fourteen character traits, the child is the story, the living model who becomes the example of good character. Teachers affirm students for showing virtue at school, and follow up with a positive report sent home at the end of every week. Students are naturally motivated to demonstrate honorable character, the classroom becomes peaceful, and teachers are free to teach. Founded in 2003 as a non-profit corporation, Honorable Character, Inc. has developed classroom materials for both Christian and public schools, as well as a home version for parents to instill the values learned at school. 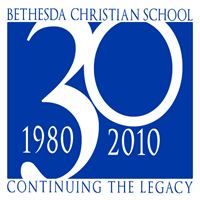 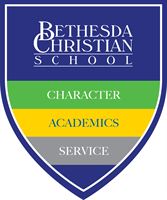