Addiko Group is to work with software firm Ideagen in a cross-border auditing project through several Central and Eastern European countries.

Ingrid Mickl, of Addiko Bank, said: “We are pleased to be working with both Ideagen and its Pentana Audit software which we believe will bring further benefits and efficiencies to our internal auditing activities going forward.

“The unique level of reconfigurability available in the software is considered by many in the internal auditing arena to be a game-changer, enabling audit teams to mirror their own audit methodology within the system.

“We believe that Pentana Audit will modernise and digitally streamline our internal auditing efforts, and help to improve the level of risk-based auditing across our entire operations.”

Addiko Bank is a consumer and SME specialist banking group, having repositioned itself to focus on its consumer business and SME lending activities as well as payment services.

Colin Smith, Head of Ideagen’s Audit, Risk and Compliance division, said: “We are delighted to welcome Addiko Bank to our ever-growing Pentana Audit client list, which includes internal auditing teams working for some of the world’s largest financial institutions.

“Pentana Audit is the only truly ’off-the-shelf’, fully configurable and fully integrated, single database Audit Management system available anywhere in the world today. It is available in 14 different languages and has been implemented by internal audit teams operating in over 75 countries worldwide.

“This project with Addiko Bank is yet another testament to the strength of the software, and in Ideagen’s expertise, and we are delighted to welcome Addiko Bank to our extensive customer base.”

Ideagen directly employs more than 530 members of staff and touches every continent globally. 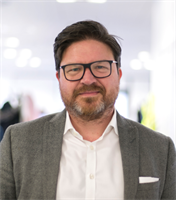