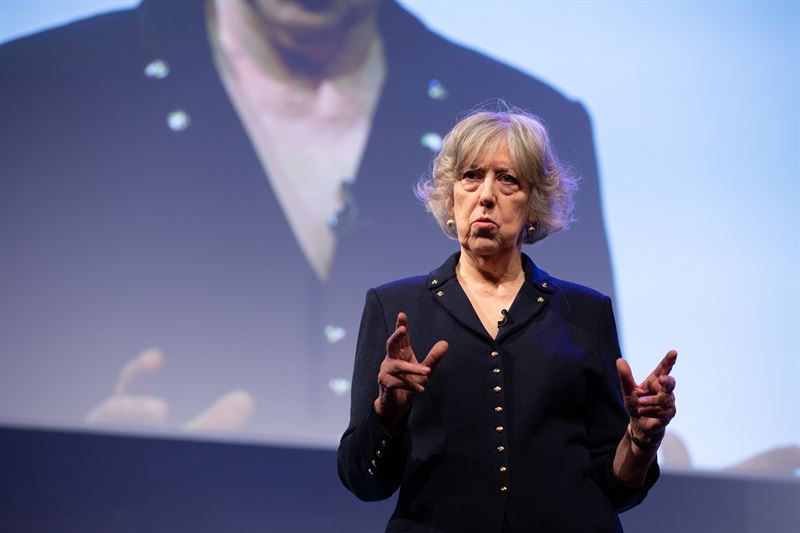 Steve Backshall has been announced as the after-dinner speaker for the Horizons event, joining Baroness Manningham-Buller and Nick Fry at the two-day conference in Birmingham in November

Steve Backshall, the adventurist, conservationist, author and TV broadcaster will entertain guests at the event in November.

In that time he has starred in several hugely successful TV shows – including ‘Blue Planet Live’; ‘Extreme Mountain Challenge’; ‘Fierce’ – and received critical acclaim for his canoeing expedition of one of the world's wildest rivers, the Baliem in New Guinea, for the show ‘Down The Mighty River with Steve Backshall’.

His extreme adventures over the years have also included descending into an unexplored sinkhole for the Emmy nominated ‘Expedition Borneo’ as well as trekking into the heart of America’s most inhospitable terrain for ‘Expedition Alaska’.

Steve also fronts the CBBC ‘Deadly’ series’, travelling the world to film ‘Deadly Pole to Pole’, ‘Deadly 60’, ‘Live and Deadly’, ‘Deadly 360’, ‘Deadly on a Mission’ and most recently, ‘Backshall’s Deadly Adventures’. It was his role in this series that led to a BAFTA award for ‘The Best Children’s Television Presenter’ while the series itself was honoured with a BAFTA for ‘The Best Factual Series’.

Most recently, he published his 14th book following the release of ‘Expedition’ to coincide with a brand new ten part TV series – ‘Expedition with Steve Backshall’.

He said: “Steve Backshall is an outstanding after dinner speaker and a well-known and hugely respected personality in the global expedition and extreme adventure worlds.

“I am delighted to be welcoming him to this year’s European Horizons event – an event which continues to get bigger and better each year.

“Steve is an old-fashioned action hero whose leisure pursuits include mountaineering, kayaking, scuba diving, martial arts and endurance running, which together with his unsurpassed wildlife knowledge, make him a compelling and motivational speaker for a multitude of audiences.

“I am sure our customers will find him hugely entertaining at our upcoming event in November.”

Mr. Backshall will close the first day of Ideagen Horizons, and will be joined on the evening by Gatsby’s Jukebox, a UK vintage function act with a ‘post-modern jukebox’ style twist.

Other keynote speakers at the event include the former head of MI5, Baroness Manningham-Buller, and the former Formula 1 CEO, Nick Fry.

As well as the gala dinner and entertainment, other highlights include insights into product roadmaps, a series of product masterclasses and Q&A opportunities.

Ideagen is one of the UK’s fastest growing software companies, reporting its tenth consecutive year of revenue and EBITDA growth in 2019. The company has over 500 staff globally – including a global partner network – and more than 5,000 customers.

The 'Ideagen Horizons' event will take place at a brand new venue this year, being held over two days on Wednesday, November 27th and Thursday, November 28th at the VOX Conference Centre, Birmingham.

Further information on the event can be found at https://horizons.ideagen.com/europe.