Human capital “a key focus” for organisations transitioning to ISO 45001

‘For every workplace fatality or injury statistic, there is a real, live human person behind it – and organisations need to do more’ says RoSPA’s Karen McDonnell

Organisations should be doing more to ensure their employees can be safe both at home as well as in the workplace, according to a leading health and safety expert.

Karen McDonnell, Head of RoSPA Scotland, is advocating a change in how global businesses address occupational health and safety and mental health across the globe.

Mrs McDonnell – a leading voice in the global health and safety arena – believes businesses should now be taking both personal and professional ergonomics into consideration when ensuring the health and wellbeing of its workforce.

She was speaking during a webinar recorded by UK software firm Ideagen which discusses the challenges in transitioning from OHSAS 18001 to ISO 45001 – the new global health and safety standard.

“I think we are looking at an organisational culture change in regards to safety, especially with the move to this new standard,” said Mrs McDonnell. “In the 1990s William Deming – the creator of the Plan, Do, Check, Act concept – was quoted as saying that change wasn’t mandatory but if you don’t change then you may not survive. That very much ties in with my thinking of safety within the workplace and beyond.

“Understanding the ergonomics of the professional and personal environment of employees is now crucial. I want to ask organisations about their absence rate and specifically around absences linked to accidents that individuals have had that they wouldn’t have had in the workplace. Yes, the organisation might have provided the right training internally but the individual has still had an accident away from the workplace which has caused them to be absent.

“For me, there is a gap in regards to safety and it’s crucial that organisations begin to understand what that gap is and what they can do to rectify it. That is the type of culture that people should be moving towards. I think that’s what organisations need to take into consideration when moving to ISO 45001 as survival is what this whole process is about – personal and organisational survival.”

ISO 45001 is the new, international health and safety standard which replaces OHSAS 18001. Organisations are approaching the first year of a three year transition period in the next few months.

Mrs McDonnell added: “Businesses need to change its collective thinking when looking to achieve accreditation – not just to 45001 but to any standard. It has to involve the whole organisation and there is a huge emphasis on worker participation – everyone needs to understand what their role is.

“We really want people to stop being harmed by what they do on a day-to-day basis – whether that’s in a low or high risk environment. We want people to be happy and healthy when they are in the workplace and we want them to return home in the right condition also.

“I think it is really important to look at the human capital aspect of this. For every statistic I can give you there is a real, live human person behind that. ISO 45001 creates environments where people can thrive and in which their needs are recognised. The standard will also help to document how an ISO 45001 compliant organisation will provide all of the necessary support for people to remain safe, happy and healthy both in their place of work and in the home.

“This is something that has been continually overlooked. Businesses need to be doing more in looking at the whole person landscape – professional and personal – rather than simply in the workplace.”

Mrs McDonnell challenged organisations when transitioning to the new standard to look at themselves as a whole and not just in departmental or individual silos. She added: “We need to understand how to include everybody in the organisation. I read a great snippet recently which says that if you tell someone something they’ll know about it, but if you involve them they’ll understand and learn from it. That is something that underpins the movement towards ISO 45001.”

The creation of the global ISO 45001 standard involved participants in more than 70 countries to become a truly globalised standard for health and safety. It replaces OHSAS 18001, which had its roots as a British standard first published in 1999.

Mrs McDonnell said: “Since the late 80s we have been on this continuous journey which has taken us from the European Directives through to HSG65. Some of these terms might not be recognised by people today – but we are talking about a 30 year progression.

“Now with this piece of work to bring ISO 45001 to fruition, it really is a phenomenal and truly international standard. That is another reason why the health and safety focus has been elevated recently in people’s mindsets. This is due to global participation in the creation of the standard with organisations achieving the standard and the benefits it brings.

“Safe and healthy work underpins success for organisations and that’s very much what ISO 45001 should deliver.”

You can hear Karen McDonnell’s views on global health and safety and how organisations can successfully move to ISO 45001 in Ideagen’s webinar. 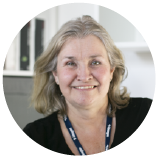