Ideagen, the UK-based, global software firm, today (Wednesday, July 17th) confirmed it had achieved a decade of successive growth following the publication of its unaudited end of year results for the year ended 30th April 2019.

The Nottingham-based software firm – which has more than 4,700 clients globally and employs over 500 people – reported that revenue and EBITDA had risen once more, by 29% to £46.7 million and 30% to £14.3 million respectively.

Ideagen also recorded strong software as a service (SaaS) revenue numbers – up by 63% to £13.7 million – as the company continues its strategic transition to a SaaS-based business model.

Ben Dorks, Ideagen’s Chief Executive Officer, said the Group’s focus had been on the execution and delivery of its growth strategy, both organically and through acquisitions.

He said: “We are pleased to report that we have achieved our objectives this year, significantly increasing the Group's global footprint, particularly in the US, and delivering another year of strong revenue and profit growth, underpinned by excellent cash generation.

“Excellent strategic progress has been made, in particular with the three acquisitions completed during the year. This has strengthened our product range and keeps us well-placed to support our customers and capitalise on the significant market opportunities ahead.”

He added: “I am encouraged by the success in our priority international markets which continue to form a significant expansion opportunity.”

There were also a number of operational highlights within Ideagen’s report, particularly around the performance of its acquired companies.

Scannell Solutions, the Irish-based SaaS company, had provided Ideagen with the opportunity to accelerate its offerings for the Environmental Health, Safety and Quality (EHSQ) monitoring and auditing market.

“These results are underpinned by Ideagen’s world class customer base, strong global reach, outstanding product set and proven and effective management team. These are the first set of results that we have announced following the appointment of Ben Dorks as Chief Executive in May 2018 and the board are delighted with the progress made under Ben’s leadership.”

Mr Dorks – touching on the firm’s continued acquisition strategy and most recent purchase in the form of Redland Business Solutions – added: “Trading since the year end has remained robust and we continue to see strong demand for our products from new potential customers.

“The acquisition of Redland post the period end has further enhanced the Group’s portfolio of products and growing recurring revenues. Furthermore, the repeat business derived from more than 4,000 customers, provides the Board with confidence in the prospects for the Group for the current year and beyond.”

Today’s results come just months after Ideagen announced its global expansion plans with the launch of four Centre of Excellence sites – including new offices in Raleigh, North Carolina, and Kuala Lumpur, Malaysia. Its other two sites include its operational HQ in Nottingham, England, and its office in Glasgow, Scotland. 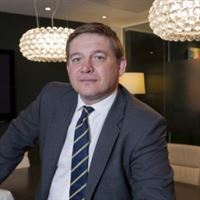 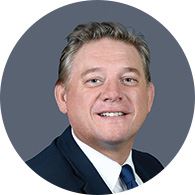