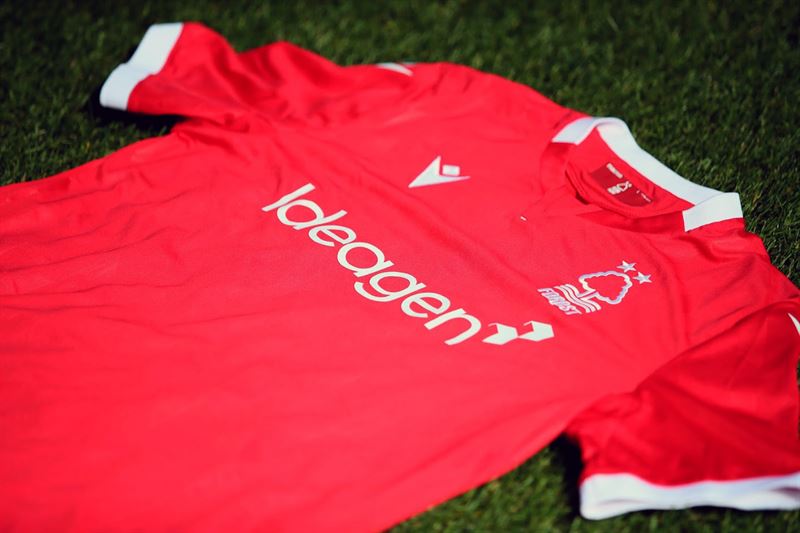 Nottingham Forest are delighted to announce that Ideagen PLC is the latest to join the club’s partner programme.

Ideagen is one of the world’s fastest growing software companies and largest employers in Nottingham.

In a wide-ranging partnership, Ideagen’s logo will be displayed on the front of the Academy and girls’ development teams kits, as well as a number of advertising assets around the first team and The City Ground.

The club and Ideagen will also be launching a large scale and ambitious community programme in collaboration with the Nottingham Forest Community Trust. More information on this transformational project for Nottingham will be announced later in the year.

Ideagen provides software and services to organisations operating within highly regulated industries such as aviation, financial services, life sciences, healthcare and manufacturing. Ideagen’s head office is in Ruddington, with other offices across the UK, Europe, America, UAE and South-East Asia.

David Cook, Nottingham Forest Chief Commercial Officer, said: “We are incredibly proud to welcome Ideagen as a major new partner of the club. We have worked closely with the team at Ideagen over the past year in preparing this partnership and it’s been fantastic seeing their passion not just for Forest but also the wider city of Nottingham.

“Ideagen is another blue-chip company added to our partner programme and we look forward to working closely with Ben Dorks and his team in the coming seasons to raise awareness of Ideagen and make a real difference to the people of Nottingham.”

Gary Brazil, Director of Football Development, said: “Nottingham Forest Football Club has a long history of developing the best young talent and we pride ourselves on producing well-rounded individuals through the Nigel Doughty Academy. We have found an ideal partner in Ideagen that shares these core values. After the recent news of the Academy securing conditional Category 1 status, it is wonderful to have Ideagen supporting our teams as we continue to develop home grown young talent.”

Graham Moran, Nottingham Forest Community Trust CEO, said: “I speak for everyone at Nottingham Forest Community Trust when I say how grateful we are for Ideagen’s support. We are developing exciting plans with Ideagen that will benefit the people of Nottingham. To deliver community programmes in partnership with such a major employer as Ideagen is a real coup and we look forward to revealing more details in due course.”

Andy Cook, Nottingham Forest Women Manager, said: “We wish to place on record our thanks to Ideagen for its tremendous support for the Forest Women’s development squads and junior teams. As the women’s game continues to grow, it’s more important than ever to have the investment and backing from major partners and we are thrilled that a company of the calibre of Ideagen is partnering with us.”

Ben Dorks, Ideagen CEO, said: “As a lifelong Forest fan and proud son of Nottingham, I am delighted to be able to agree this partnership with Nottingham Forest FC. The development of new skills, talent and technology is hugely important to Ideagen and those are values that we see reflected in the team at Nottingham Forest. Championing youth and diversity is something that is also incredibly important to us and we are very much looking forward to working with the youth, women’s and development squads at Forest to ensure the club and the local community can benefit from a bright and exciting future.”

Ideagen are welcomed to the Nottingham Forest partner programme joining other summer additions including BOXT, UK Meds, The Skinny Food Co. and PocketVet.

Ideagen is a leader in the £31.2 billion regulatory and compliance software market, serving highly regulated industries such as life sciences, healthcare, banking and finance and insurance.  Ideagen has made 23 acquisitions to build its market leadership.

More than 6,000 organisations use Ideagen's software, including nine of the top 10 UK accounting firms, 7 of the top aerospace and defence companies and 75% of leading pharmaceutical firms.

Ideagen has a diversified customer base including blue chip, global brands such as Heineken, British Airways, BAE, Aggreko, US Navy, Bank of New York and Johnson Matthey, as well as 250 hospitals across the UK and US.

Ideagen is headquartered in the UK, listed on the London Stock Exchange AIM market (Ticker: IDEA.L), and has key hubs in the UK, EU, US, Middle East and South East Asia.  For further information please visit www.ideagen.com.