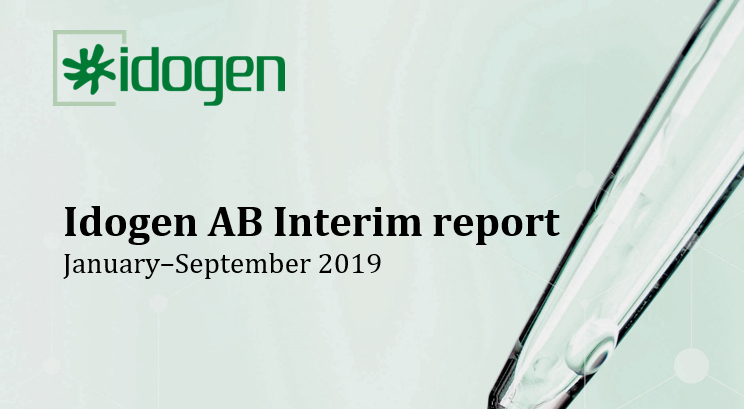 ”With new strong patents being prepared, a solid scientific foundation and an organisation that has demonstrated high levels of competence, flexibility and efficiency, Idogen is now ready to take its tolerogenic cell therapies to clinical trials.”

SIGNIFICANT EVENTS IN THE THIRD QUARTER

SIGNIFICANT EVENTS DURING THE PERIOD

SIGNIFICANT EVENTS AFTER THE END OF THE PERIOD

This information is such that Idogen AB is obligated to publish under the EU Market Abuse Regulation (MAR) and the Swedish Securities Market Act. The information was submitted for publication, through the agency of the contact person set out above, on August 23, 2019.

Idogen (Spotlight Stock Market: IDOGEN) develops tolerogenic cell therapies to prevent the patient’s immune system from attacking biological agents, transplanted organs or the body’s own cells or tissue. Idogen’s most advanced product candidate IDO 8 is designed for patients with severe haemophilia A who have developed anti-drug antibodies against their critical treatment with coagulation factor VIII (factor VIII). The company´s second project IDO T is developed to prevent kidney transplant rejection. In a third project, IDO AID, Idogen focuses on the treatment of autoimmune diseases. The treatment is based on the patient's own cells and is expected to have a favorable safety profile and long-lasting effect. The fact that a short treatment has the potential to yield a long-lasting effect is another great advantage. For more information, visit www.idogen.com