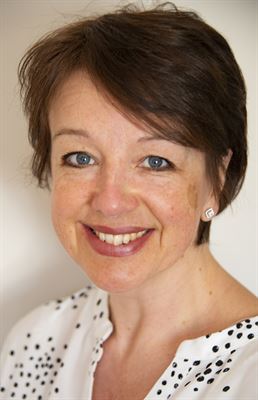 Ahead of the Idogen AB (publ) Annual General Meeting on 12 May 2020, the Nomination Committee has presented its proposal regarding the election of and payment of fees to the Board of Directors and auditor. The Nomination Committee proposes the re-election of Agneta Edberg, Leif Salford and Christina Herder, and the election of Sharon Longhurst to succeed Karin Hoogendoorn, who has declined re-election.  Agneta Edberg is proposed for re-election as Chairman of the Board.

Ahead of the Annual General Meeting, the Nomination Committee proposes that the Board of Directors comprise four regular members without deputies, and proposes the re-election of Agneta Edberg, Leif G. Salford and Christina Herder as well as the election of Sharon Longhurst as a new Board member. Karin Hoogendoorn has declined re-election after having started in a new position as Head of Global Preclinical Services – Cell and Gene Therapy Products at Lonza.

Sharon Longhurst has 20 years of experience in manufacturing and quality control of various biological pharmaceuticals, both as head of operations and as consultant. Her career includes six years as a reviewer at the UK Medicines and Healthcare products Regulatory Agency, and positions of responsibility for the quality assessment of chemistry, manufacturing and control (CMC) in EU applications for the approval of cell and gene therapies. Her subsequent positions included working as a consultant for producing biological pharmaceuticals, and represented the UK as deputy chair of the EMA Gene Therapy Working Party programme for the European Medicines Agency. Sharon Longhurst has a background in virology and has been working as head of CMC at Immunicum AB (publ) for the last four years.

The Nomination Committee proposes the re-election of Agneta Edberg as Chairman of the Board and that Board fees (plus social security contributions) of SEK 300,000 per year be paid to the Chairman and SEK 150,000 each be paid to the other Board members.

Information on the persons proposed for re-election can be found in the Annual Report and on the company’s web site (www.idogen.com). A photo of Sharon Longhurst is also available for download.

Additionally, the Nomination Committee proposes that a licensed audit company without deputy be appointed auditor, and that Deloitte AB be re-elected as auditor. Deloitte AB has announced that authorised public accountant Maria Ekelund will remain auditor in charge. Fees to the auditor will be paid against approved invoices in accordance with customary norms for charging.

The Annual General Meeting for Idogen AB will be held on 12 May 2020 at 3:00 p.m. at Medicon Village, Scheelevägen 2, Lund, Sweden, in the Collaboration conference room of the main building, Spark. Publication of the notice to attend the meeting is planned for the week of 6 April 2020.

The information was submitted for publication, through the agency of the contact persons set out above, on 30 March 2020.

Idogen (Spotlight Stock Market: IDOGEN) develops tolerogenic cell therapies to prevent the patient’s immune system from attacking biological agents, transplanted organs or the body's own cells or tissue. The company’s most advanced project, IDO 8, is designed to restore the efficacy of hemophilia drugs in patients who have developed neutralizing antibodies. The company’s second project, IDO T, is being developed to prevent kidney transplant rejection. In a third programme, IDO AID, Idogen is focused on the treatment of autoimmune diseases. The treatment for all indications is based on the patient's own cells and is expected to have a favorable safety profile and long-lasting effect. The potential for a short-term treatment intervention to yield a long-term effect is a major advantage in health economics for both patients and divisions providing care.