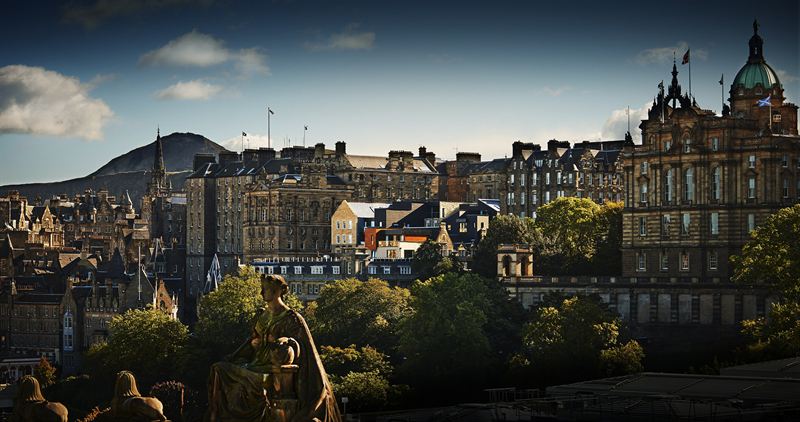 The regeneration of three medieval closes in Edinburgh’s Old Town has picked up a prestigious global award for city developers Chris Stewart Group.

The renovations focused in and around Advocate’s Close, off Edinburgh’s Royal Mile, won an International Property Award as the World’s Best for commercial redevelopment. The area, which includes The Devil’s Advocate bar/restaurant, offices, a Zizzi restaurant and the Old Town Chambers five star luxury serviced apartments, was officially announced as the winner at a gala event at the Madinat Jumeirah in Dubai.

The International Property Awards, in association with Rolls-Royce Motor Cars, is in its 21st year and is the largest, richest and most prestigious property competition in the world. This year in excess of 2,000 companies from 103 different countries put forward competing projects to a total value of around £20 billion.

Judging is carried out through a meticulous process involving a panel of over 80 experts covering every aspect of the property business. The judges not only look for the most impressive and innovative projects, they also examine the sustainability and eco-friendliness of every property and development. The Chris Stewart Group’s Advocate’s Close development won the UK final before being re-evaluated against hundreds of international rivals.

“This award is a recognised mark of excellence and will once again showcase Edinburgh for its fantastic architectural heritage and vibrant city centre culture.”

The award represents a significant achievement for the company, which has already won a number of awards for Advocate’s Close and Old Town Chambers, including the RIAS Andrew Doolan Award as the ‘best building in Scotland’. Chris Stewart Group is currently involved in a consultation process for the regeneration of the area around West Register Street and 42 St Andrew Square, at the south east corner of St Andrew Square, in Edinburgh’s city centre.

“Each and every one of the companies to win a coveted World’s Best award has displayed exemplary levels of quality, professionalism and innovation. Having proved their worth at country level, they can now take their rightful place as leaders in the global property market.”

The Chris Stewart Group is a property development and investment business based in Edinburgh.  Its current portfolio includes interests across residential, office and hotel and leisure property.The company’s expertise is for complex, transformational city centre developments. Set up in 1996, by Chris Stewart, and remains an independent, privately owned business