Edinburgh Council gives go ahead to The Registers 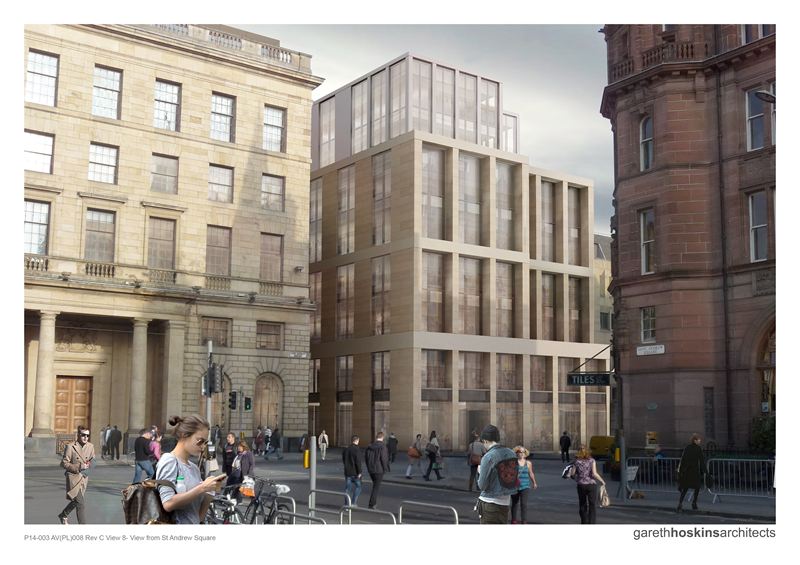 City of Edinburgh Council has given the green light to a £60m Chris Stewart Group regeneration project, which will bring more than 700 jobs to the city centre.

Approval of plans for The Registers, an area to the south east of St Andrew Square, will see two important heritage buildings given a new lease of life, new office accommodation and street level shops, bars and restaurants.

On completion in Quarter 4 2017 the development is set to deliver an annual economic boost of £71.4m (GVA) for the city, alongside a significant ‘heritage gain’ for the area.

A Chris Stewart Group development, it aims to replicate the success of Advocate’s Close in Edinburgh’s Old Town, which has won an array of national and international awards for its design.

“I am delighted that we have the go ahead for The Registers from City of Edinburgh Council. It is an area in the city centre in desperate need of regeneration. The site is currently made up of a warren of neglected lanes and empty buildings falling into disrepair and we have provided robust evidence that our plans will create nearly 750 jobs and an annual economic boost to the city of over £70m as well as deliver substantial ‘heritage gain’.

“We have approached this project with the same sense of custodianship, design excellence and long term sustainability as we did for Advocate’s Close and our vision is to open up a thriving area that will appeal to both local residents and visitors to the city.”

The Council approval followed an extensive consultation period and the presentation of robust evidence backing the development. The mixed-use scheme will create a vibrant and complementary mix of new offices, hotel, residential / serviced apartments, retail units and restaurants.

As part of the plans, 90% of the listed fabric of the site will be restored, including two key historic listed buildings currently on the ‘at risk’ register. New life will be given to one of the most important art deco banking halls as a restaurant at the neo-classical 42 St Andrew Square and reinstating a former warehouse at 28 West Register Street into active commercial use while preserving its remarkable Venetian Gothic façade.

Buildings along part of West Register Street will make way for c. 60,000 sqft of much needed high quality Grade A office accommodation, designed to attract new businesses to the city and essential to the rejuvenation of the area, which forms an important gateway to the new St James development.

The intention is to start work on site in early 2016.

The Chris Stewart Group has a proud track record for complex transformational projects and combining high-quality design and architecture with existing heritage buildings. In addition to its Advocate’s Close development in Edinburgh’s Old Town being been named the RIAS Andrew Doolan ‘Best Building in Scotland’ and the RICS UK ‘Project of the Year’, CSG is currently renovating three Georgian townhouses on Baxter’s Place, Edinburgh, which is to become a Courtyard by Marriott hotel and is preparing plans for the George Street Complex off Glasgow’s George Square.