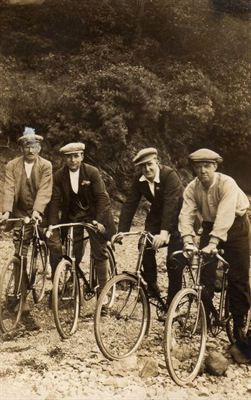 The call for presumed liability for Scotland’s cyclists and other vulnerable road users has been taken up by the STUC.

Support for a change in Scots Civil Law was agreed at Congress this week and it will now be STUC policy to seek presumed liability alongside other cycle safety measures including extended cycle routes and employer initiatives.

Presumed liability shifts the burden of proof for any damage or injury from the vulnerable road user – the injured and bereaved – to the more powerful, which in most situations of a road traffic collision involving a cyclist is the motorist’s insurance company.

It has been shown by the campaign group Road Share that Scotland is out of step with the rest of Europe and is just one of a handful of countries that does not use this simple legislative tool which helps improve road safety by changing attitudes.

Key Reported Road Casualties Scotland 2014 revealed the only road safety indicator consistently moving in the wrong direction is cycling casualties, with a 16 per cent increase in serious injuries from 2004-8 to 2014.

“Cycling plays an important part of the union movement’s past and present, specifically through the National Clarion Cycling Club, but also because we believe cycling is important to our health and wellbeing. Creating a healthier Scotland depends on improving levels of physical activity, while cycling also contributes to reducing carbon emissions and is better for the environment.

“Health professionals see the consequences of car traffic accidents and the life changing injuries that can be sustained. Safe cycling must be a national priority to encourage physical activity and prevent accidents.

“By introducing presumed liability for vulnerable road users to Scots Civil Law we can begin to affect how people view their responsibilities as road users. It is embedded in the cycling cultures in Europe, where cycling is far safer. It seems strangely stubborn of our Government to continue to ignore this simple and sensible course of action.

“We want to encourage more people to take up cycling but we need to ensure that they do so in a safe environment. Supporting presumed liability is now part of STUC policy.”

Brenda Mitchell, of Cycle Law Scotland and the founder of Road Share, added:

“Introducing presumed liability would rectify a system that is out of date and inherently unjust.

“When it comes to road traffic collisions where a cyclist is hit by a car, or indeed where a pedestrian is knocked over by a cyclist, we have an archaic system where the odds are frequently stacked against the vulnerable and receiving compensation quickly and fairly in many cases is impossible without resort to litigation which adds to the distress of those who have been injured through no fault of their own.

“We think it is right for Scotland to lead the rest of the UK by changing its Civil Law to respect and protect the vulnerable in society by moving to a system of presuming liability to support cyclists and pedestrians injured in road traffic collisions.”