The campaign for presumed liability on our roads spreads across the British Isles, prompting fears that Scotland could be left behind 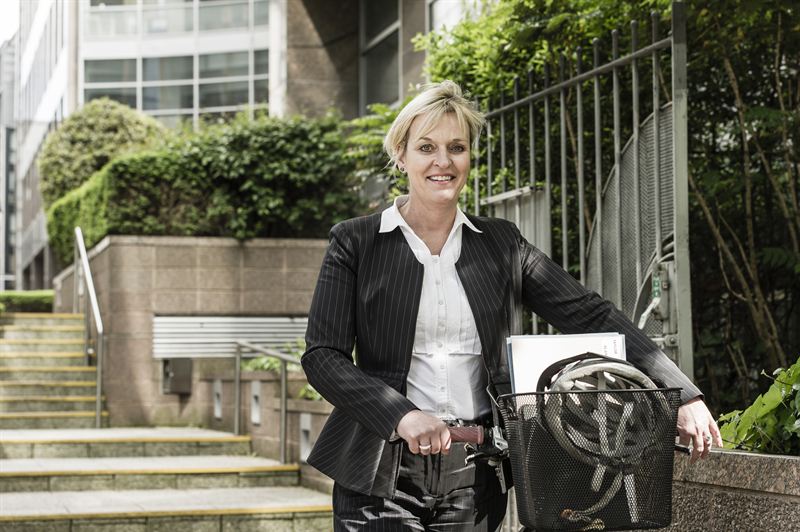 Support to introduce presumed liability into Civil Law to protect vulnerable road users is broadening, as the Scottish campaign, Road Share, is taken up by an increasing number of cyclists as well as policy makers, lawyers and insurance companies in different parts of Great Britain & Ireland.

According to Road Share, introducing presumed liability would rectify a system that is out of date and inherently unjust. Under the current system of Civil Law, the vulnerable road user – the injured and the bereaved – must prove the case against the more powerful, which in most situations of a road traffic collision involving a cyclist is the motorist’s insurance company. With presumed liability, it is for the more powerful to prove that the vulnerable road user is liable for any damage or injury.

With the volume of calls of presumed liability rising, Brenda Mitchell, the founder of Road Share now fears Scotland, where the campaign started, could be left behind.

In the UK, the powerful London Cycling Campaign, Road Danger Reduction Forum and Stop Killing Cyclists are all supporters. In Ireland, both the Dublin Cycling Campaign and Irish Cycling Advocacy Group have come on board. While Phil Gawne, the Minister of Infrastructure for the Isle of Man Government announced recently that presumed liability will be brought forward alongside a variety of road safety measures in a Bill later this year.

“In a recent Kwik Fit survey into the UK’s attitudes towards road cycling of nearly two-thirds (63%) that have cycled on the road before, only 26% would feel safe doing so. That’s a huge number of people who still feel road cycling is an unsafe option, so we’ve been looking for solutions.

“Currently the UK is one of only a few countries in the EU not to have implemented a “presumed liability” policy. Presumed liability essentially means that in the case of a road accident, liability lies with the most “powerful” person involved – for example, a driver would be considered liable in a collision with a cyclist. This doesn’t refer to criminal liability, but does allow for claims, compensation and potentially medical aid to be managed far more quickly, lessening the trauma for all parties involved.”

While in Birmingham, local Solicitor Ann Houghton of Anthony Collins Solicitors put forward a compelling case for presumed liability following the death of 13 year old Hope Fennell in November 2011, in which Hope’s mother was subjected to the upset of having to prove that the driver of the lorry that hit her daughter was at fault in the Civil Court in order to get justice, after the criminal court failed to convict him.

“When it comes to road traffic collisions where a cyclist is hit by a car, or indeed where a pedestrian is knocked over by a cyclist, we have an archaic system where the odds are frequently stacked against the vulnerable and receiving compensation quickly and fairly in many cases is impossible without resort to litigation which adds to the distress of those who have been injured through no fault of their own.

“We think it is right for Scotland to lead the rest of the UK by changing its Civil Law to respect and protect the vulnerable in society by moving to a system of presuming liability to support cyclists and pedestrians injured in road traffic collisions. However, what started as a Scottish campaign has been taken up across the British Isles and the fear is that Scotland could be overtaken in terms of policy leadership.”

Ann Houghton - Ann Houghton is a solicitor at Anthony Collins Solicitors, with a specialism in handling complex personal injury and clinical negligence claims.  Ann’s clients are often innocent victims who have been injured in road traffic accidents (both in cars and pedestrians), accidents at work and as a result of violent attacks.

The case of Hope Fennell

A 13 year old girl, Hope, died in November 2011 when she was hit by a HGV lorry on a busy suburban high street in Birmingham.

Hope had been heading home after school.  As she went to cross a road at a pedestrian light crossing, pushed her bicycle next to her, she was hit by the lorry.  The lorry driver had been using his mobile phone shortly before he hit Hope, though it was not possible to know whether he was looking at his mobile phone at the time of the incident.

The police investigated the incident, collected evidence and the driver was prosecuted, however, he was not found guilty of any driving offence because the Crown failed to prove that he was using his mobile phone at the time of the incident or not paying attention.

A civil compensation claim was brought against the lorry driver and his employer (he was driving in the course of his work at the time).   The burden was on Hope’s mother to prove that the lorry driver was at fault, which was a very upsetting and stressful process.

Because the burden of proof is on the Claimant in these claims and the Defendant is always likely to argue that a cyclist or pedestrian was at least partly to blame, Hope’s solicitors (http://www.anthonycollins.com/legal-services/personal-injury-solicitors) made a tactical settlement offer early on in order to ‘buy off’ the common risks in pedestrian collision cases and avoid the inevitable upset of protracted litigation.

If the incident had happened in many countries in Europe, there would have been presumed liability and Hope’s mother would not have been subjected to the upset of having to prove the lorry driver was at fault in order to get justice her daughter.  This would have been the case even if liability was denied, so she would not have had to make a tactical settlement offer in order to avoid making compromises later on because of the litigation risks.

Hope’s mother would also have had closure earlier if presumed liability applied because she would not have had to wait for the outcome of the very lengthy criminal proceedings before bringing the civil claim.  It was 3 years after Hope died before the civil claim was concluded, which was very difficult for Hope’s grieving mother to cope with.