InterEast is turning 25 and celebrations will include inviting all of its employees from Romania and Turkey to a grand anniversary celebration in Gothenburg.

"It's fantastic that we can celebrate together. We've come a long way since the beginning and now our goal is to be Sweden's biggest family-owned forwarding agent," says Peder Törnqvist, founder and InterEast CEO. 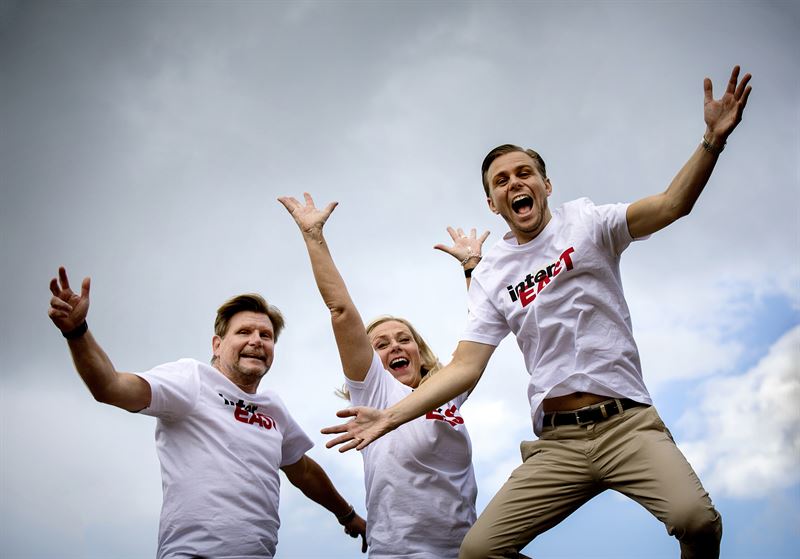 Karin and Peder Törnqvist founded InterEast in a basement in Ekebäck, Sweden back in 1992. A great deal has happened with the company since then. Two foreign offices and nominations for Di Gasell award for the past two years are just some of the milestones.

Over the years, InterEast has worked with companies of every size and from all kinds of industries, and it began working with H&M from the very first year."The company's fundamental business idea and values are the same as when we started – to establish long-term collaborations with a focus on trust, expertise and accurate information. Together, they make up our constant guiding star, no matter the customer or assignment.”

"Working with major international companies provides valuable experience and the ability to develop new working methods. In the beginning of the new millennium, one such customer required us to have a delivery performance of 97 per cent. From then on, we began to work with similar targets with every customer, and over the past few years, we've had an average delivery performance of precisely 97 per cent.”

Solution-focused thinking of the highest order

During the 90s, Romania became one of InterEast’s most important destinations. Because of difficulties in finding local partners, the company opened instead its own office in 1998.

"It was a major step for the company, but one which really paid off. Today we have 13 employees in Romania and their expertise benefits all of our customers. This success inspired us to open an office in Turkey two years ago.”

Peder Törnqvist has worked with transportation and logistics for his entire professional career. He knows that every problem always has at least one solution.

"I especially remember one episode when we delivered a pallet to an unloading terminal in Oslo. The goods needed to ship on to the customer but when I called the terminal they couldn't find the pallet anywhere. I ended up jumping in my car and driving there to hunt through the terminal myself, and sure enough, there it was in a corner. At some level, there is always something we can do.”

Generation change on the horizon

Karen and Peder Törnqvist have been at InterEast's helm throughout the voyage to the present day, and six years ago they were joined by their son Oscar Törnqvist. He came from DHL in Hong Kong and brought new ideas and boundless energy to the company.

"He possesses valuable experience of working in a global forwarding company, even including maritime and air freight – something we couldn't previously offer, but which today is a growing business area at InterEast.”

InterEast offers logistics services and transportation of goods to and from Eastern Europe and Asia, particularly for manufacturing companies in the engineering and textile industries. The company has 30 people employed in Romania, Turkey and at headquarters in Gothenburg, Sweden. InterEast has annual revenues of approximately SEK 70 million and was founded in 1992 by the Törnqvist family, which owns and runs the company. http://www.intereastgroup.com/en/

InterEast offers logistics services and transportation of goods to and from Eastern Europe and Asia, particularly for manufacturing companies in the engineering and textile industries. The company has 30 people employed in Romania, Turkey and at headquarters in Gothenburg, Sweden. InterEast has annual revenues of approximately SEK 120 million and was founded in 1992 by the Törnqvist family, which owns and runs the company. http://www.intereastgroup.com/en/