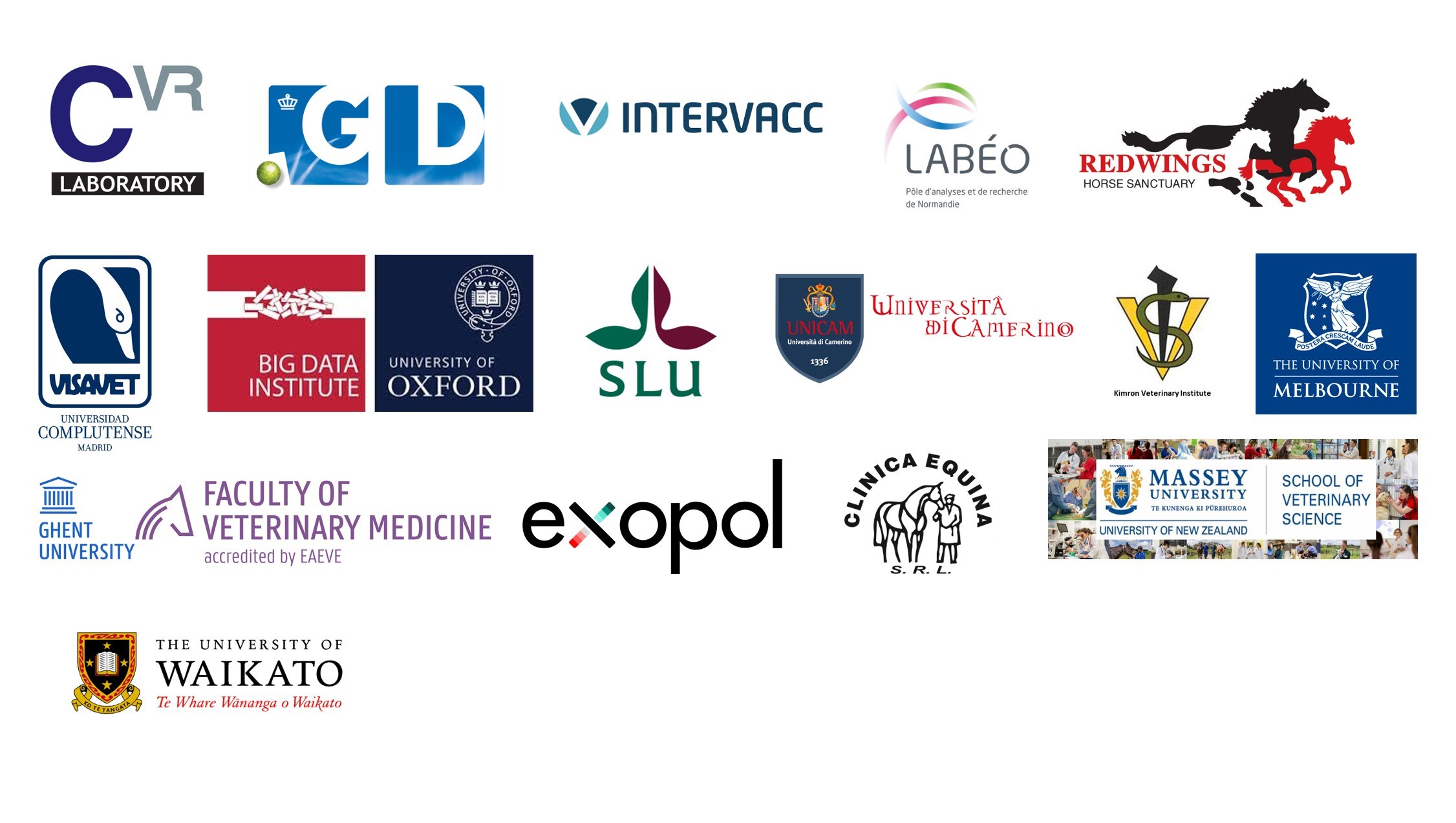 Stockholm, March 9, 2021 - In the largest ever study of its kind into an equine pathogen, which was published today in the journal 'Microbial Genomics', scientists in 18 countries used the latest DNA sequencing techniques to track the bacteria Streptococcus equi as it caused the disease strangles in horses around the world.

Strangles, caused by Streptococcus equi, is the most frequently diagnosed infectious disease of horses, with 600 outbreaks estimated to occur in the United Kingdom each year. Streptococcus equi invades the lymph nodes of head and neck, causing them to swell and form abscesses that can literally strangle, in around 2% of cases, the horse to death. Some of the horses that recover from strangles remain persistently infected. These apparently healthy animals shed bacteria into the environment and spread the disease to other horses with which they come into contact.

“Using standard diagnostic testing, the Streptococcus equi strains look almost identical, however by carefully examining the DNA of the bacteria, we have been able to track different variants as they spread across the world” said Prof. Matthew Holden of the University of St Andrews. “Piecing the puzzle together, we showed that cases in Argentina, the United Kingdom and the United Arab Emirates were closely linked. Along with other examples, we provide evidence that the global trade and movement of horses is helping to spread the disease.”

“Building on top of the data generated, we provide an online surveillance platform for strangles enabling labs to upload and interpret their genomic and epidemiological data in close to real-time. Pathogenwatch will be used to monitor the emergence and spread of new lineages to help inform interventions and policy making decisions” said Prof David Aanensen of The Centre for Genomic Pathogen Surveillance, University of Oxford.

“Strangles was first described in medieval times and, with the exception of Iceland, affects horses in all corners of the world. Freedom from this disease enjoyed by Iceland is by virtue of a ban on the import of horses, which has been in place for over 1,000 years” commented Prof. James Gilkerson of the University of Melbourne and Chair of the International Equine Infectious Diseases Committee. “This new study provides evidence of the important role played by the movement of horses in spreading this disease, providing new opportunities for interventions that prevent future outbreaks.”

“This has been an incredible team effort, which was only possible through the collaboration of leading researchers from twenty-nine different scientific institutes in eighteen countries” said Dr. Andrew Waller of Intervacc AB. “Horses are transported all over the world as they move to new premises or attend competitions and events. New cases of strangles can be prevented by treating carriers before they pass on the bacteria. This new research in the field of strangles and the new online Pathogenwatch resource provide an opportunity to track the course of infections, reigning-in Streptococcus equi’s globetrotting lifestyle by shutting the stable door before this horse pathogen has bolted!”

“Equine veterinary research is an integral part of the British European Breeders’ Fund’s support for the horse racing and breeding industry.  The Trustees are delighted to have been able to provide financial resources to Dr Waller and his international colleagues, which has enabled this vital work on tracking and managing the Strangles pathogen in the horse population.”

“As a long time investor in this work, HBLB is delighted to see the results of a major international collaboration published.”

The information was submitted for publication, through the agency of the contact person set out above on March 9, 2021, 10.30 CET.

Intervacc AB is a Swedish company within animal health developing safe, effective vaccines for animals. The Company's vaccine candidates are based on several years of research at Karolinska Institutet and Swedish University of Agricultural Research where the foundation was laid for the Company´s research and development work. The Intervacc share has been listed on the Nasdaq First North Growth Market since April 2017 with Eminova Fondkommission AB, adviser@eminova.se, +46 (0)8–684 211 10 as Certified Adviser.

About the University of Cambridge

The mission of the University of Cambridge is to contribute to society through the pursuit of education, learning and research at the highest international levels of excellence. To date, 110 affiliates of the University have won the Nobel Prize.

Founded in 1209, the University comprises 31 autonomous Colleges, which admit undergraduates and provide small-group tuition, and 150 departments, faculties and institutions. Cambridge is a global university. Its 19,000 student body includes 3,700 international students from 120 countries. Cambridge researchers collaborate with colleagues worldwide, and the University has established larger-scale partnerships in Asia, Africa and America.

The University sits at the heart of the ‘Cambridge cluster’, which employs 60,000 people and has in excess of £12 billion in turnover generated annually by the 4,700 knowledge-intensive firms in and around the city. The city publishes 341 patents per 100,000 residents. www.cam.ac.uk.