Intervacc AB - Nomination Committee’s proposal for Board of Directors for the 2018 Annual General Meeting. 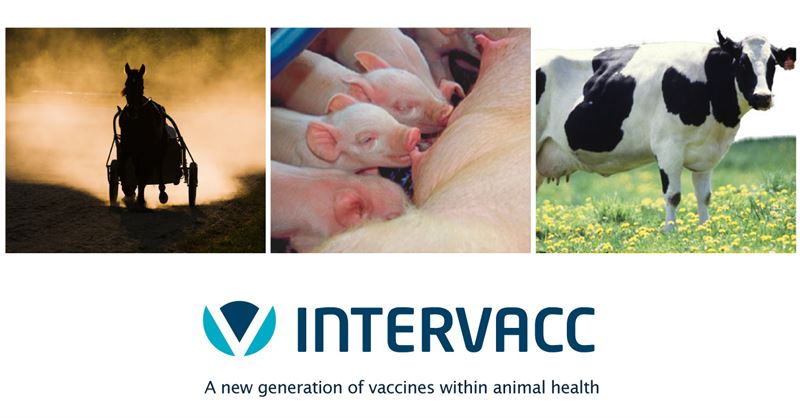 The Nomination Committee hereby announces its proposal regarding the Chairman of the Board of Directors and other Board members to the Annual General Meeting of Intervacc AB (publ) on June 14th, 2018

The proposed Board of Directors further strengthens the company for the important effort to create an international vaccine company with Animal Health in focus. The new generation of vaccines within the company development portfolio is based on several years of research at Karolinska Institutet and Swedish University of Agricultural Research. Strangvac®, an equine strangles vaccine, is the project in the portfolio closest to launching with an expected market introduction by the end of 2020. Here is a brief description of the proposed new members' background and specialist skills to control the company's exciting journey towards growth.

Newton Aguiar has over twenty five years of successful health care investment experience in Europe and the United States and has been a board member of several companies including Phadia, Nycomed, Grohe and Tetra Holdings. He is currently a board member of Trialbee, a Malmö-based e-health company focused on patient recruitment and retention for clinical trials. He was previously a senior health care advisor for Warburg Pincus, a global private equity firm. Newton Aguiar, born 1964 in U.S received a BSc in Chemistry from McGill University and an MBA from J.L. Kellogg Graduate School of Management, Northwestern University

Marianne Hansson has extensive experience in biotechnology with a number of senior positions and is co-founder of many interesting companies in the field. Currently, she is active as CEO of start-up companies ScandiBio Therapeutics AB, ScandiEdge Therapeutics AB and Amylonix AB. Until 2017, she was CEO of Atlas Antibodies AB for more than 10 years, which in 2017 sold more than 90MSEK with about 50 employees. Marianne was born in 1963 and holds a Ph.D. in Biochemistry and Biotechnology at KTH Royal Institute of Technology.

Torben Jørgensen is since 2006 President and CEO of Biotage AB. Prior to that Torben Jørgensen was the CEO of the Molecular Imaging company Affibody for four years, before which he held similar positions at Karo Bio and the Danish diagnostic company, DAKO. He is Board member of Atlas Antibodies AB (since 2007). Torben is the Chairman of the Board at Micropos Medical AB. Torben Jørgensen was born in 1952, and has a degree from Copenhagen Business School.

Bert Urlings has long experience from international food production and is quality director at a Dutch food production company where he has worked since 2002. He is also a member of the Board of Directors in the International Featured Standards (IFS), based in Berlin. Bert was born 1959 in the Netherlands and is graduated as veterinarian and holds a title as Professor of Supply Chain Management in Animal Production at the University of Wageningen.

The information was submitted for publication, through the agency of the contact person set out above, at 10:45 CET on June 1, 2018.

Intervacc AB (publ) is a company within the Biotechnology sector. The Company´s main area is to develop modern sub-unit vaccines against economically important bacterial infections, mainly within animal health. The company´s vaccine candidates are based on several years of research at Karolinska Institutet and Swedish University of Agricultural Research where the foundation was laid for the company´s research and development work. The Intervacc share has been listed on the NASDAQ First North market since April 2017 with Remium Nordic Holding AB as Certified Adviser.