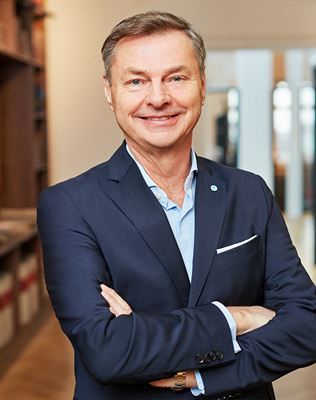 The Nomination Committee of Inwido AB proposes to the Annual General Meeting the election of Per Bertland as the new Chairman of the Board, after Georg Brunstam who has declined re-election. At the same time, re-election of the other four members is proposed.

The Nomination Committee of Inwido AB hereby announces that it intends to propose to the Annual General Meeting 2021 a board consisting of five ordinary board members and no deputy members. Furthermore, they propose to the AGM the election of Per Bertland as Chairman of the Board after Georg Brunstam who, as previously communicated, has declined re-election. Per Bertland is currently President and CEO of Beijer Ref and has extensive experience of international business. He is also the chairman of the board of Dendera Holding, a board member of Lindab AB and has a BA in Business Administration from Lund University.

The chairman of the Nomination Committee, Thomas Wuolikainen (Fourth AP Fund), says in a comment:

“The Nomination Committee is very pleased to be able to present Per Bertland as a proposal for a new Chairman of the Board. The Nomination Committee sees that he, as a strategic, international and senior business leader, has the qualities that Inwido has been looking for in a new Chairman. Per Bertland has since 1990 been highly involved in Beijer Ref's successful journey and has solid experience from leading decentralized organizations in a way that is successful for shareholders, where acquisitions have been an essential part of the value creation. Per Bertland is a recognized leader and skilled businessman who will contribute a lot to Inwido's board”.

The Nomination Committee's other proposals will be presented in the notice of the Annual General Meeting, which will be held in Malmö on Thursday, May 6, 2021.

About Inwido
Inwido owns and develops companies that improve people’s everyday lives indoors with various products and services. Today, Inwido is Europe’s largest windows group and a natural home for the region’s strongest companies in the areas of comfort, indoor climate and safety. In 2019, Inwido achieved sales of SEK 6.6 billion and an operating EBITA margin of 9.7 percent. The Group has some 4,400 employees in total, with operations in Denmark, Estonia, Finland, Ireland, Lithuania, Norway, Poland, Romania, the UK, Sweden and Germany. 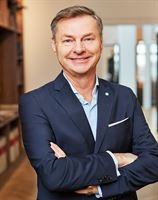