Gellert is heading up production and development at ION Television and is responsible for its latest content activities, including overseeing production and managing the development of new originals. Gellert will play a leading role in expanding the network’s dedication to high-quality programming geared towards ION’s growing general entertainment audience.

“Lauren’s seasoned experience in scripted and unscripted content brings a whole new creative perspective to ION, and I’m delighted to have her heading up original development and production for us,” says Ford. “As ION amps up its content in the coming months, Lauren’s expertise, relationships and understanding of the industry will be tremendous assets in the growth of our television franchise.”

The announcement comes on the heels of ION Television’s recent break into the top 10 ranked networks for the first time in its history and its best quarter ever in sales prime. ION’s continued ratings surge over the last year is highlighted with a #8 ranking among A25-54 and record 10 consecutive quarters of year-over-year growth in all key demos.

Gellert recently served as the Senior Vice President for Zodiak USA, the third largest production company in the world. While at Zodiak, she led the New York office’s development and production efforts, which included serving as executive producer for a number of unscripted cable network series and specials. Previously, Gellert commissioned and developed new programming at TruTV/Court TV, which included prime time documentaries and unscripted series.  Gellert also oversaw production and development for 9years at Viacom, including VH1, where she ran the east coast development department and served as executive producer for over 15 pilots and series. Gellert holds a B.S. from Northwestern University. 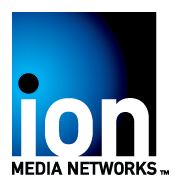