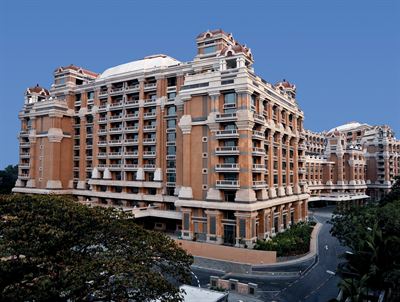 Inspired by the architectural splendour and rich traditions of the imperial Chola dynasty, the ITC Grand Chola is an iconic asset for Chennai and reflects the cultural traditions of the region. The hotel’s superb banqueting and convention facilities are designed to transform Chennai into India’s convention capital, competing with markets like Singapore and Malaysia.

The grandeur and unique attributes of the Hotel will provide a tremendous boost to the hospitality sector in Chennai.  Among the many firsts at the hotel is its cutting edge technology that employs one-of-its-kind iPad controlled technology with features created exclusively by the ITC Hotels team - a first in the global hospitality industry.

ITC’s signature brand of culinary excellence will be on display in the food and beverage destinations including Peshawri, which offers the delectable cuisine of India’s northwest frontier, and Pan Asian, which serves the finest cuisine from across the Asian region, among others. Two new culinary brands are introduced; Royal Vega - showcasing the grand vegetarian cuisine from the royal kitchens of India, and Ottimo, for savory Italian kitchen fare. The hotel also features one of the largest spas in the state, Kaya Kalp–The Royal Spa, ITC’s internationally acclaimed spa brand, and 21,000 square feet of luxury retail space.

In addition to increasing business and incremental revenues for the state, the hotel is a large employment multiplier, creating sustainable livelihoods through direct and indirect employment. A workforce of close to 4,000 personnel, including a majority of local craftsmen and workers, were engaged in the building and completion of the hotel project over the last 5 years, and today the ITC Grand Chola employs over 1,000 people in its day-to-day operations.

For further information on the ITC Grand Chola in Chennai visit http://www.itchotels.in .

ITC has redefined the fine art of hospitality in myriad ways through its hotel chain that spans a network of over 100 hotels in more than 90 locations. Beginning with the Chola at Chennai in 1975, ITC’s journey in this business has redefined the face of India’s hospitality industry. Today, ITC Hotels is India’s second largest Hotel chain and the most profitable with offerings under four brands- ITC Hotels at the Luxury end, WelcomHotel in the 5 star segment, Fortune in the mid-market to the upscale segment and WelcomHeritage in the heritage leisure segment. The iconic ITC Hotels, comprising the super-premium luxury hotels in the group, not only offer unmatched hospitality but have also set new standards of excellence in cuisine, accommodation, environment and guest safety. 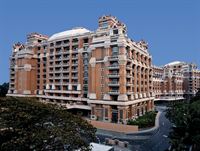