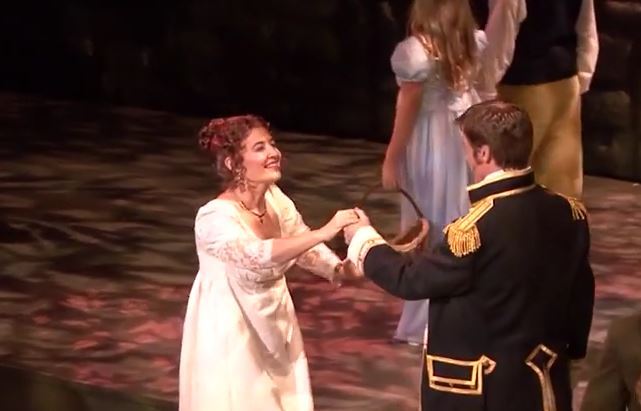 Chamber Opera Chicago, a professional not-for-profit opera company devoted to making great opera and musical theatre affordable, is excited to be performing its original musical adaptation of Jane Austen’s PERSUASION throughout the UK and Scotland this summer.

PERSUASION, which has toured multiple UK and US cities over the last four years, is one of Jane Austen's most admired novels – the story of a woman who has lost at love and gets a second chance. The Summer 2016 production will be touring with 40 artists - singers, dancers, and orchestra members - and will be presenting performances in Aberdeen, Stirling, York, Stratford Upon Avon, London and Lyme Regis from July 16-30th.

Written at the height of her literary career, PERSUASION is one of the most compelling love stories ever penned. Anne Elliot has rejected a proposal of marriage from the one man she truly loved, Captain Frederick Wentworth. She was persuaded by her godmother that Captain Wentworth was unworthy, but after a separation of nearly a decade, he returns from sea with both rank and fortune. Anne is nearly an old maid and her once rich family faces bankruptcy. Can Anne win him back? Can he forgive her? Can their lost love be rekindled?