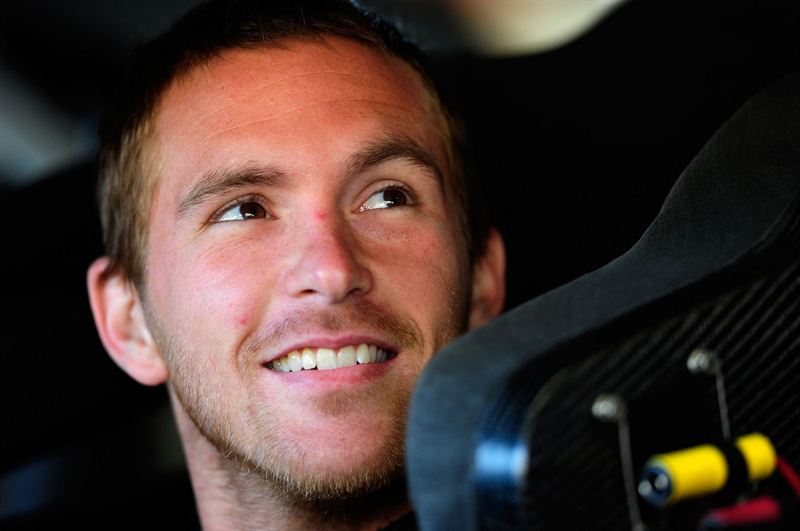 Whitney Motorsports Fusion will run in Chicago race with Red Line as primary sponsor and U.S. F1 Driver Scott Speed behind the wheel

Benicia, Calif. (September 16, 2011) – The No. 46 Whitney Motorsports Ford Fusion will be driven by crowd favorite Scott Speed at the Chicago NASCAR race this weekend, and will be sponsored by Red Line Oil, a long-time supporter of the Whitney Motorsports Sprint Cup program. The primary sponsorship will be through Red Line Oil with secondary sponsorship by Green Stuff and International Trucks .

“I am excited to team up with Red Line Oil,” said Scott Speed. “They have done a lot for racers in all kinds of different motorsports, so to have them on the car this weekend is really special for all of us.”

Pilgrim is a factory GM driver in the CTS-V Coupe for Cadillac Racing in the SCCA World Challenge Series, where he is a former series champion. Based in Boca Raton, Fla., Pilgrim has multiple IMSA Championships and nearly 500 race starts including the 24 Hours of Le Mans. Pilgrim has a long history with Corvette Racing, where he was teammate to Dale Earnhardt and Dale Earnhardt, Jr.

Speed’s background makes him a perfect fit for the Red Line team, as the California native started his motorsports career as a highly competitive kart racer, before moving on to win the Red Bull “American Driver” search and Skip Barber national championship and Star Mazda championship in 2002. Since that time, Speed has driven for the Toro Rosso Formula 1 team where he finished third in the 2005 GP2 championship, recorded four wins and 17 top-10 finishes in the ARCA RE/MAX Series, and has earned a win and four top-five finishes in the NASCAR Camping World Series.

“We’re thrilled to have Scott Speed driving for us in the Geico 400 at Chicagoland Speedway,” said Red Line Oil director of sales and marketing Cameron Evans. “He’s a local guy who first caught our eye racing karts and competing in Star Mazda, and we support both motorsports heavily, so seeing him compete in F1 and now in NASCAR under our banner means a lot. The Whitney Motorsports car has been running great and we are excited to see what Scott can do.”