Of flying Santas and medieval traditions 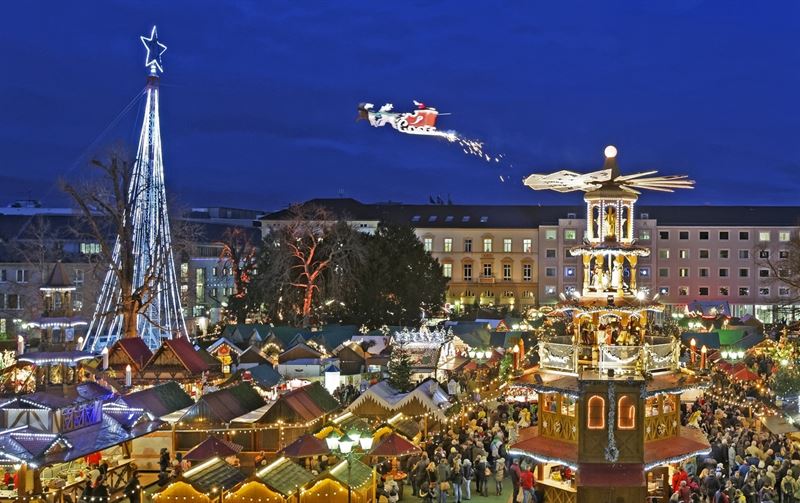 Karlsruhe, the gateway to the Black Forest, is radiant in the run-up to Christmas! The Christmas City cannot but charm visitors from near and far between November 27 and December 23, 2018. Kaiserstrasse alone, with its more than 160,000 lights, is a beacon in Karlsruhe’s fan-shaped street layout, which, incidentally, also inspired the street design of Washington D.C. The aromas of Christmas spices and delicacies waft through the city, Santa Claus walks a tightrope, and the Scandinavian village serves tasty Nordic specialties. But the jewel in the crown is the 17-meter-tall mulled wine Christmas pyramid. Shopping lovers will also find anything they could wish for in Karlsruhe, home to Baden’s longest strip mall.

Even the most determined Grinch can’t help but fall in love with the magic of Christmas City Karlsruhe. Festive gabled houses, 110 lovingly decorated stalls, and the promise of a quaint and cozy woodland Christmas attract visitors to Friedrichsplatz and the market square in the heart of Karlsruhe. Prominent buildings such as the town hall’s tower and the Protestant church’s portico are clad in festive lights. Mulled wine, the most popular drink in the run-up to Christmas, has its own special monument in the form of the 17-meter-tall mulled wine Christmas pyramid and the “Glühweinwäldchen” (mulled wine wood). Santa Claus makes a special appearance, flying his reindeer sleigh high above the stall roofs (daily at 17:00 and 19:00). Be it “Schäufele” (tender boiled smoked pork, typical of Baden) and cabbage or “Dambedei” (leavened-dough pastry in the shape of a man, typical of Karlsruhe), culinary delights abound. The Scandinavian village on Messplatz is a veritable gastronomical experience: enjoy traditional Nordic specialties while wrapped in warm reindeer pelts in the cozy huts and you will be instantly transported to Scandinavia. https://www.karlsruhe-tourismus.de/en/christmascity, https://www.skandidorf.de/

Get your skates on!

Enjoy the action and pace of EISZEIT on Schlossplatz. The end of November until the end of January is the time to let off steam against the fantastical backdrop of Karlsruhe Palace. Pirouettes, races, Bavarian Curling! You can do it all on Germany’s largest outdoor ice rink! Bavarian Curling (ice stock sport) is somewhat similar to curling in that two teams slide ice stocks over an ice surface, aiming for the “Daube”, a target. https://www.karlsruhe-tourismus.de/en/Media/Veranstaltungen/Stadtwerke-Eiszeit

Journey to the past: The medieval Christmas market in Durlach

The medieval Christmas market in the neighborhood of Durlach is a very special insider tip. The Middle Ages are brought to life in the heart of the historic old town with its winding alleys and half-timbered houses. Torchlight and archery, knights in authentic armor and exhibition bouts—young and old alike will be transported to bygone times. There is no lack of refreshments too: Visitors can enjoy specialties such as a hearty bratwurst, flatbread and mead. Open from November 28 to December 22, 2018, 11:00 to 21:00. https://www.karlsruhe-tourismus.de/en/Media/Veranstaltungen/Medieval-Market-in-Karlsruhe-Durlach

To mark the centenary of the establishment of the Bauhaus in Weimar, Karlsruhe will also focus on the avant-garde in 2019. The showpiece of Baden’s cultural metropolis is the Dammerstock housing complex, which was built in 1929 by Walter Gropius, the founder of Bauhaus. “The Whole World a Bauhaus”, a traveling exhibition, will make its first stop in Europe at the ZKM, the Center for Art and Media Karlsruhe, in October 2019. https://zkm.de/en/exhibition/2019/10/the-whole-world-a-bauhaus 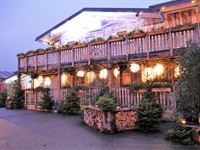