In Germany, the “100 Years of Bauhaus” anniversary is all about the famous Bauhaus school of art and its groundbreaking architecture. It is not only Berlin, Dessau, and Weimar, the cities renowned for Bauhaus, that will be celebrating: Karlsruhe, the gateway to the Black Forest, with its many Bauhaus attractions, will be joining in too. Two outstanding buildings, the Dammerstock housing development and the Schwarzwaldhalle, are also included in the “Grand Tour of Modernism”, a route linking 100 outstanding Bauhaus and modernist sites throughout Germany. Even travel guide Lonely Planet considers this a perfect reason to visit Germany. Indeed, Germany came in second in its Best in Travel 2019 Top Countries. www.karlsruhe-tourismus.de/en/bauhaus, www.karlsruhe-tourismus.de/en/bauhaus/Grand-Tour-of-Modernism

Dammerstock housing development and Schwarzwaldhalle: The “Grand Tour of Modernism” in Karlsruhe
The Dammerstock housing development, which was built by Bauhaus founder and the project’s head architect Walter Gropius in the 1920s, is the showpiece of the city of Karlsruhe. Initially the inhabitants of the old inner-city buildings – used to art deco and neo classicism – didn‘t welcome the new ideas of the settlement, calling it “Jammerstock” (“Jammer” is German for lament). Instead, the revolutionary architecture has stood the test of time. The New Objectivity provided functional rooms with fitted kitchens and foldaway beds, and improved residents’ quality of life with better sanitary facilities and more daylight. Today, Dammerstock is one of the city’s most sought-after districts, radiating a charm of its own without the need for the opulent buildings characteristic of the Gründerzeit (founders’ period). And those needing sustenance at the end of the tour can enjoy the culinary delights of ERASMUS, a slow food restaurant located in a building designed by Walter Gropius. It’s most certainly a treat! www.karlsruhe-tourismus.de/en/Media/Attraktionen/Dammerstock-housing-development; www.erasmus-karlsruhe.de.

The Schwarzwaldhalle on Karlsruhe’s Festplatz is one of around 100 award-winning sites of outstanding architecture, considered seminal in the modern post-war architecture of the 1950s. The Schwarzwaldhalle, planned and constructed in only eight months, was the first hall in Europe to be built with a saddle-shaped, curved cantilever roof made of prestressed concrete. It was an architectural sensation for both the people of Karlsruhe and the international construction industry. The Schwarzwaldhalle is still of great relevance to cultural history and has been a registered cultural monument since 2000. www.karlsruhe-tourismus.de/en/Media/Attraktionen/Schwarzwaldhalle-Black-Forest-Hall

Modernist architecture in Karlsruhe
In addition to the Dammerstock housing development and Schwarzwaldhalle, there are other interesting Bauhaus attractions that should not be missed. “Bauhaus 2019 und das Moderne Bauen in Karlsruhe” (Bauhaus 2019 and Modernist Architecture in Karlsruhe), a brochure available only in German, identifies and describes all the major housing developments and buildings on a map for those interested in the extraordinary architecture to explore while walking or cycling around the city. The brochure is available at the Karlsruhe Tourist Information Office or may be downloaded here. www.karlsruhe-tourismus.de/en/bauhaus

“The Whole World a Bauhaus” at the ZKM from fall 2019
On the occasion of the Bauhaus centennial, the internationally renowned ZKM | Center for Art and Media in Karlsruhe is hosting the exhibition “The Whole World a Bauhaus” from October 26, 2019, to February 16, 2020. The ZKM is unique worldwide and currently ranks among the top institutions on ArtFacts.Net, the world’s largest online art database. Indeed, it ranks fourth this year, following institutions in New York, Venice, and Paris, and is the top German institution! The ZKM was established as a “digital Bauhaus”, with the aim to continue the work of the Bauhaus and transpose it into the digital era.The exhibition premiered in Buenos Aires and subsequently toured Argentina and Mexico. The title is programmatic: “The Whole World a Bauhaus” is a phrase attributed to Bauhaus student and teacher Fritz Kuhr (1928), and alludes to the dissolution of the boundaries between art, crafts, and technology that Bauhaus founder Walter Gropius had proclaimed. The exhibition puts the themes and popularity of the Bauhaus in a global context. https://zkm.de/en/exhibition/2019/10/the-whole-world-a-bauhaus, www.karlsruhe-tourismus.de/en/Media/Attraktionen/ZKM-Center-for-Art-and-Media 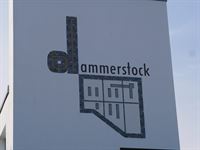