Apgar scores in neonates predict risk of CP and epilepsy 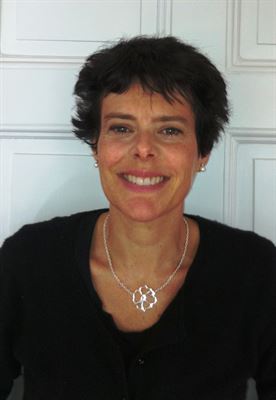 An infant’s scores on the so-called Apgar scale can predict the risk of a later diagnosis of cerebral palsy or epilepsy. The risk rises with decreasing  Apgar score, but even slightly lowered scores can be linked to a higher risk of these diagnoses, according to an extensive observational study by researchers at Karolinska Institutet in Sweden published in the esteemed journal The BMJ.

“However, it’s important to remember that even if the relative risks are high, the absolute risks of CP and epilepsy are still small,” says researcher Martina Persson, paediatrician and associate professor at Karolinska Institutet’s Department of Medicine in Solna. “This means that most babies with very low Apgar scores do not develop CP or epilepsy”.

Apgar is a point system routinely used at birth to assess a neonate’s vitality at one, five and ten minutes after birth. The scale ranges between 0 and 10, where a score of 10 indicates a baby in full health. It is well  known that a low Apgar score of between 0 and 6 points at one or five minutes after birth is linked to a higher risk of cerebral palsy (CP) and epilepsy, and that a very low score of between 0 and 3 points at ten minutes indicates a significantly higher risk of CP. However, no linear correlation has yet been confirmed and it is unclear whether even small changes on the scale at the different times affect the risk of neurological morbidity.

To interrogate this relationship, researchers at Karolinska Institutet analysed data from the national Medical Birth Registry for over 1.2 million babies without malformations born at full term between the years 1999 and 2012. The researchers identified children  diagnosed with CP or epilepsy before the age of 16 in various national registers using diagnostic codes and then calculated the risk of CP and epilepsy for every Apgar level at five and ten minutes after birth and in relation to changes in Apgar score between ten and five minutes.

A total of 1,221 babies (0.1 per cent) developed CP and the risk successively increased with decreasing scores at five minutes. Compared with infants with a top Apgar score (10) at five minutes, babies with a score of 9 had almost twice the risk of developing CP, while a score of 0 at five minutes was associated with a 280-fold risk. An even higher risk was noted for babies with similar Apgar scores at 10 minutes. A total of 3,975 babies (0.3 per cent) were diagnosed with epilepsy, and the risks of epilepsy increased with decreasing scores at five and ten minutes, although not as markedly as for CP.

Even small changes in score between five and ten minutes after birth were shown to affect the risks. For example, babies with a score of 7/8 at five minutes and 9/10 at ten minutes had a higher risk of CP or epilepsy than babies with a score of 9/10 at both times. A higher risk of epilepsy was also observed in babies who scored a full 10 points at five minutes and then 9 at ten minutes compared to babies that had top scores at both times.

“The results show that it’s important to evaluate neonate vitality at both five and ten minutes, even if the score is normal at five,” says Dr Persson. “We also need to work actively with the babies who do not score full Apgar points since it is likely to improve their prospects.”

Some of the strengths of the study are that it was based on a large number of individuals and that the researchers were able to control for the many so-called confounders in their analyses. The researchers point out, however, that it was an observational study and that no definite conclusions about causality between Apgar score and the risk of neurological morbidity in babies can be drawn.

The study was financed by several bodies, including the Swedish Research Council for Health, Working Life and Welfare (Forte), Stockholm County Council and Karolinska Institutet.