Attempted suicide among young people can be reduced by 50 percent 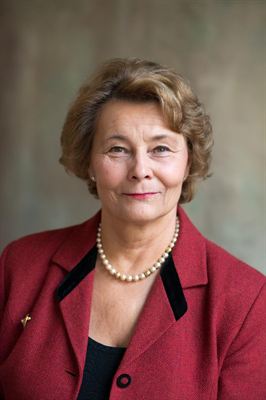 [PRESS RELEASE 01/09/2015] A new study published in journal The Lancet outlines a programme for preventing suicidality among young people. The results provide strong endorsement for a method whereby school students learn to discover signs of mental ill-health in themselves and their friends, while they are also trained to understand, interpret and manage challenging emotions. The European study was led from Karolinska Institutet in Sweden, and researchers now hope to see the method reach a large number of young people in European schools.

At a global level, suicide is the second leading cause of death in the age group 15-29. Only road traffic accidents cause more fatalities in this age group.  At the same time, there has been a lack of knowledge about which strategy is best for preventing suicidal behaviours in young people. A major EU-funded study which embraces more than 11,000 school students from 168 schools in ten EU countries has therefore evaluated different strategies for prevention of suicidality in young people.

In the study, schools were randomized to receive one of three suicide prevention models or alternatively become part of a control group. The three methods were:

The study provides results showing the effectiveness of the Awareness Programme – which gives students a tool to exercise influence over their mental health – in preventing attempted suicide and serious suicidal thoughts with plans how to commit suicide. One year after completing the programme, the number of attempted suicides and serious suicidal thoughts and planned suicides in this group was 50% lower compared with the control group. In the two other groups, where the responsibility for the students’ mental health rested exclusively with the teacher or professional health care personnel, the proportion was the same as in the control group.

“This study provides much-needed evidence for the effectiveness of universal school-based public health programmes designed for students. The study shows that it possible to implement suicide prevention programmes in schools with good results. Now we can take the step from following statistics that indicate the seriousness of the problem, towards actively and comprehensively using the Awareness Programme in schools. We also plan to develop the method into a modern web-based solution such as a mobile phone app to reach as many young people as possible,” said Danuta Wasserman, Professor at the Department of Learning, Informatics, Management and Ethics, and head of the National Centre for Suicide Research and Prevention of Mental Ill-Health (NASP) at Karolinska Institutet, Sweden.

The study was funded by an EU grant from the Seventh Framework Programme (FP7). It is led from NASP, which also is WHO’s collaborative partner in the field.